Aspar Ducati rider Abraham put himself second on the grid for his second race back in MotoGP, on a 2015 bike, splitting Honda duo Marc Marquez and Cal Crutchlow on the front row.

Ducati's Desmosedici enjoys a straightline speed advantage in MotoGP, and with the Termas de Rio Hondo circuit featuring a straight of almost 0.7 miles in the first half of the lap, Vinales believes Abraham could play a role out front early.

Abraham was one of six satellite riders to book a place in Q2 on Friday, with rain on Saturday morning costing the likes of Valentino Rossi and Jorge Lorenzo a chance to jump up the combined practice order.

When asked if the rain-shuffled grid could lead to a slower tempo, Vinales said: "It's going to be difficult to overtake Abraham on the straight.

"I think if he makes a good start, he'll pull away, he can pass to the first position."

Abraham started 67 grands prix between 2011 and '15, before switching to the World Superbike Championship and finishing 18th last year.

The 27-year-old's previous-best MotoGP qualifying result was seventh, recorded three times across the 2011 and '12 seasons.

"I wouldn't expect that, especially after last season and two years ago when we were struggling a lot with the bike," he said.

"I feel great with the team, the bike is really good. We'll be pushing in future to make the results as nice as possible."

Vinales set the pace in practice on Friday, but will start sixth on Sunday following the wet qualifying.

Having dropped from pole to fifth on the first lap of the Qatar season opener, which he won, the Spaniard says he will not be going "crazy" early in the 25 laps this weekend either.

"I have to gain some positions, but not crazy, like to be in the first position already from the first lap." 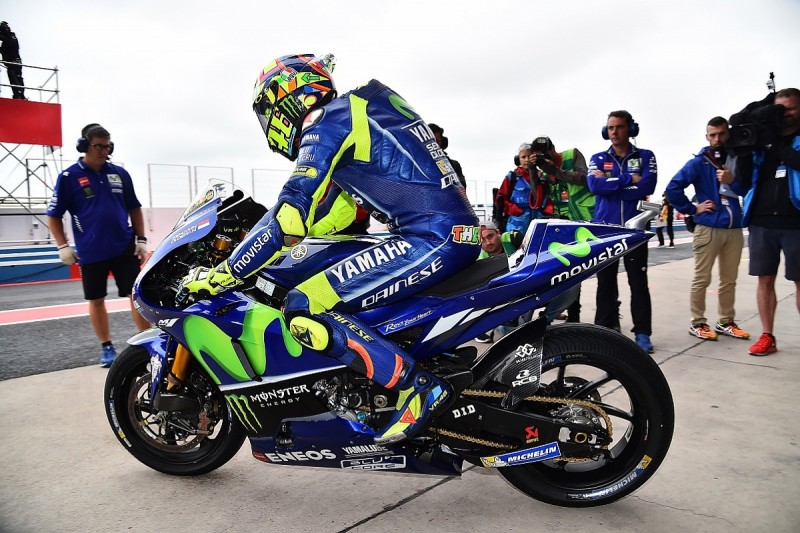 Rossi finished Friday feeling like he was in "big, big trouble" in Argentina but managed to advance from Q1 and qualify seventh.

However he feels the front-end problems that are plaguing him with Yamaha's 2017 bike in the dry also exist in the wet.

"I have the same feeling on the entry," he said.

"Last year I was stronger. The old bike, for me, was more natural.

"With this one I have to force it more, it's something more difficult.

"But I think that working on the balance, on the setting, we can improve."