Lowes, whose future at Aprilia has been the subject of speculation in recent weeks, made it into Q2 for the first time in his fledgling premier class career on Saturday with the second-quickest time in the opening qualifying segment, held in wet conditions.

He backed that performance up by subsequently sealing 10th on the grid, bettering his previous best effort by a full 10 places and beating Espargaro by five spots.

Aprilia racing manager Romano Albesiano admitted earlier this month the team had been speaking to potential replacements for Lowes, with Alvaro Bautista and Danilo Petrucci among those in talks - even though Lowes' deal is for two years.

But Lowes felt his qualifying performance came as a timely reminder of his potential, and that an upturn in form could help quell speculation about his future.

"Honestly, as a rookie, I feel like it's not been a disaster," said the 26-year-old of his season so far.

"The results have not been perfect, but it's all about how I finish the year.

"It's a building process. Now I think I'm starting to show signs of what I can do.

"MotoGP's very tough, if you can't do it you can't even show those signs. 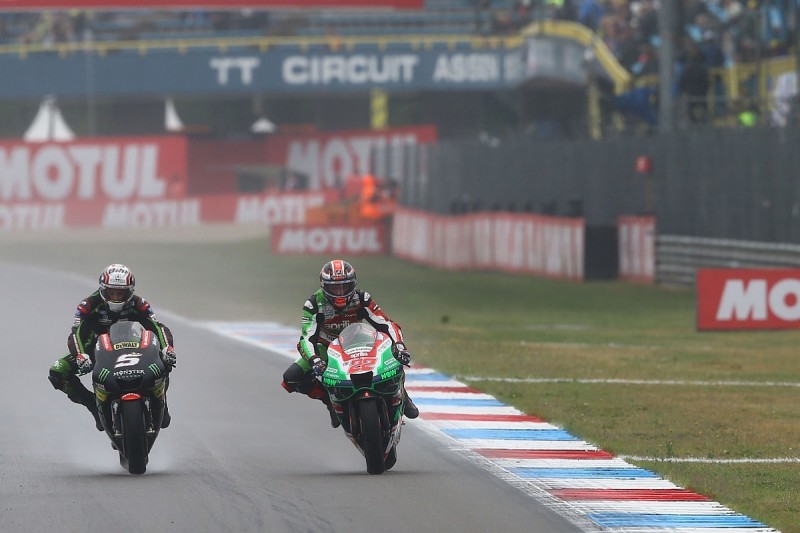 "Like I said on Thursday, I believe in myself a lot. I've beaten some guys who have been racing competitively in MotoGP. Why can't I do it?

"I believe in myself, I believe in this team, this project, so I hope everything will stay on plan and we'll have a solid two years."

Lowes' qualifying came to a premature halt when he suffered an engine failure in the closing minutes - a problem he feels prevented him from potentially starting even higher up the grid.

"Obviously when you [don't] finish and you miss the last couple of laps - you always think 'ah, it could've been a bit better', and I believe that I could have been," Lowes added.

"But even now I'm happy to start 10th. I think that it'll be really good for me to start in the middle of the group and try and get away."

Asked what result in particular he was targeting on Sunday, Lowes replied: "Top 10. Why not? Should be good."