Valentino Rossi says his MotoGP Grand Prix of the Americas was “a disaster” in regards to his physical condition, after the 42-year-old struggled to 15th in his final US race.

The Petronas SRT rider was forced to work his way from 20th on the grid after a crash in qualifying, and managed to score a point in 15th in the race on his final visit to the US as a MotoGP rider before his retirement.

But the veteran Italian admits the race was one of the toughest he’s ever faced due to the gruelling heat and the extremely physical nature of the Circuit of the Americas.

“Now, we rest for two or three days and after we have to train hard for the next three races because today about physical [condition] is a disaster, it’s very, very difficult, very tough,” Rossi said.

“With a modern MotoGP [bike] it’s very demanding physically and you arrive on Sunday that you are already tired from the Friday and Saturday practice, so you have to be 100% fit and also you have to be very young.

“I can try to be 100% fit but to be young unfortunately for me it’s very difficult!”

Rossi was one of only two riders to go for the medium rear tyre along with KTM’s Brad Binder, noting he was unable to run the soft of the majority of the grid as he didn’t feel strong on the compound.

“I used the medium because during the practice I felt better with the medium, and I don’t like a lot the soft,” he added.

“This morning [in warm-up] I tried the soft, but I was slow. 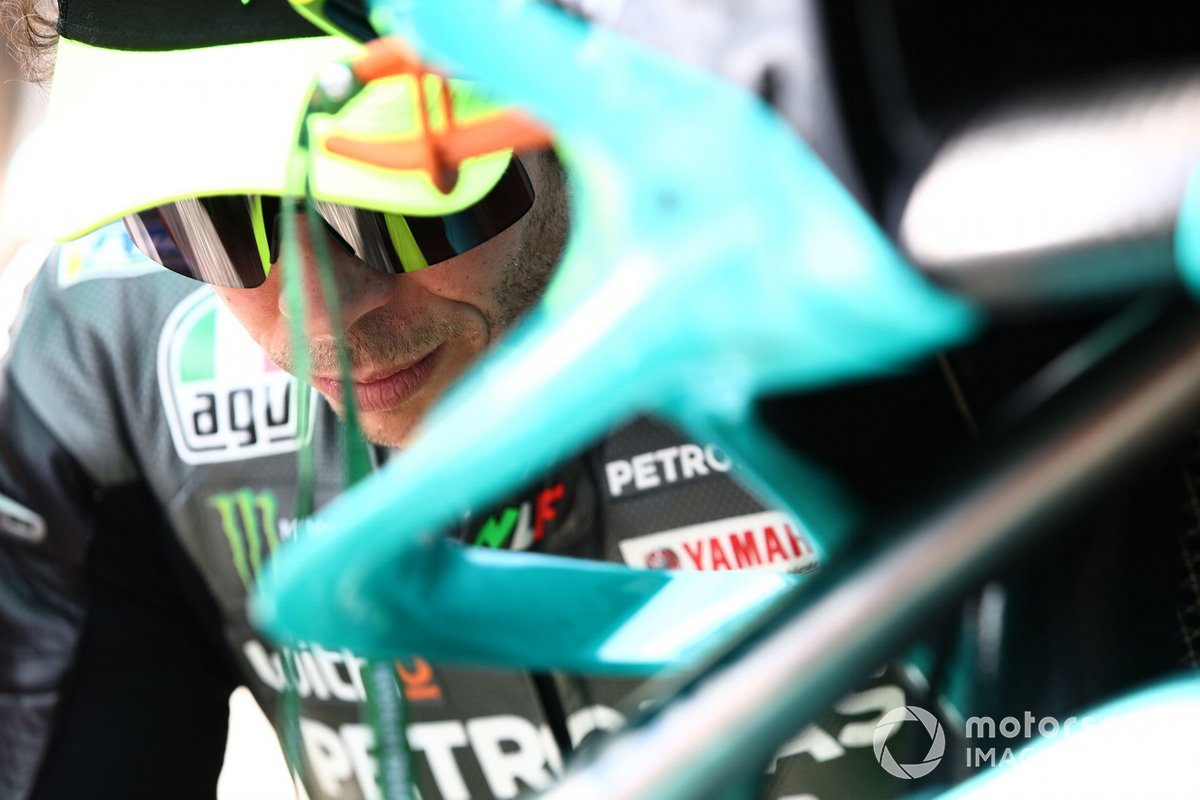 “So, we decided to follow our way, also if I’m just the only one along with [Brad] Binder to use the medium.

“But it was the right choice because was constant to the end and I was able to do some overtakes and take one point.

“It’s not fantastic, but considering my speed, it was not too bad.”

Rossi wasn’t the only Yamaha rider to suffer physically at COTA, with factory team rider Franco Morbidelli labelling the race as “toughest ever” as his recovering left leg forced him to slow his pace after just eight of the 20 laps.

“Unfortunately I could just make more or less just seven, eight laps on this track and then I had to slow down a lot my pace because it wouldn’t have been possible to finish the race at that pace,” Morbidelli, who struggled to 19th and last of the classified runners, said.

“I just had no more strength in the leg, I just couldn’t pull it up properly in the left corners, in the left brakings, and then changing direction just with the arms and not using the legs was really difficult on the bumps.

“So, was really tough. It was the toughest race of the year for everybody for sure, but for me toughest race ever because in the physical condition I’m in now it really was a challenge.”