Yamaha will field Rossi and Maverick Vinales again in 2020, but the form of last year's standout rookie Fabio Quartararo is likely to put him in contention for a 2021 factory seat.

Ducati has hinted it is interested in poaching Vinales for 2021, and Quartararo is also likely to attract interest from elsewhere in the early part of the 2020 campaign.

While it is widely accepted that Rossi will have a place at Yamaha as long as he wants one, he has for the first time admitted he could consider swapping places with Quartararo and ride a satellite M1 in 2021, should he decide not to retire after 2020.

"I don't see all that much difference to go to Petronas," said Rossi in a recent interview with Gazzetta dello Sport.

"I would prefer to stay where I am, but we are three riders for two places, so you have to think of a third [place].

"And for me, even if it's Petronas, it doesn't seem like such a bad team. But maybe Vinales will go, or Quartararo changes bike, who knows.

"I will need some time to understand, around mid-season. I'll talk to [team boss Lin] Jarvis and Yamaha to see what they think.

"Unfortunately, in today's MotoGP, everything is decided at the beginning of the year."

Rossi said at last month's Gulf 12 Hours that it would be "better not to renew" his contract unless his results improved in the early part of 2020. 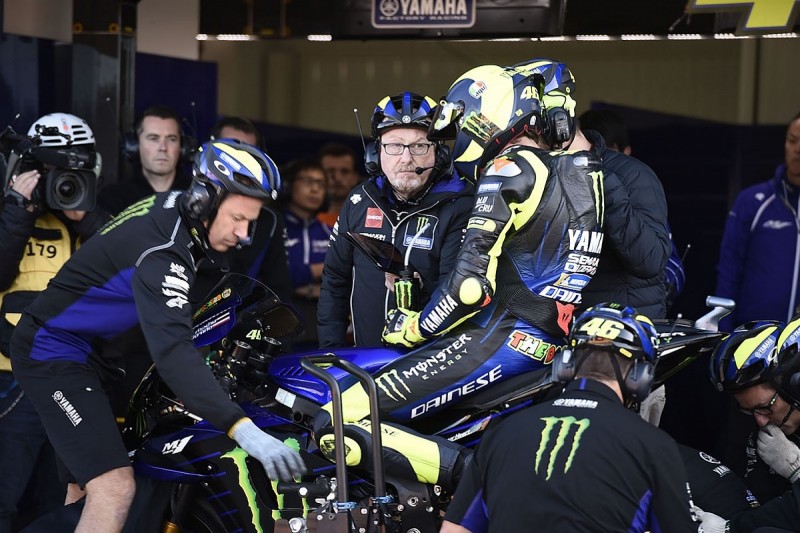 But he said he felt privileged that he has essentially been granted the power to decide when to call time on his career and not risk being pushed out.

"Yamaha says it doesn't feel like a hostage, it believes in my competitiveness," he said. "This is important.

"It is a great honour and also a great luxury for a rider to quit when he decides. They usually leave you stranded."

Outlining his main hope for the 2020-spec Yamaha, the seven-time premier class champion said: "I would like an M1 that goes 10km/h faster in a straight line, like the Honda and the Ducati.

"But I know it will be difficult."