Valentino Rossi says Maverick Vinales’ shock exit from the factory Yamaha MotoGP team at the end of 2021 won’t have any influence on his decision to keep racing in 2022.

On Monday morning Yamaha announced that it would be parting ways with Vinales at the end of this season, breaking contract one year earlier than planned following a deterioration in the relationship between both parties.

Nine-time grand prix motorcycle world champion Rossi doesn’t have a contract with Yamaha for 2022 and admitted last Thursday that it was “very difficult” for him to extend his MotoGP career given his lacklustre results this season.

Scoring just 17 points from the first nine races and a best result of 10th, 2021 is Rossi’s worst ever season in grand prix racing.

When asked by Autosport on Sunday at Assen if Vinales leaving Yamaha could influence his own plans regarding 2022, Rossi replied: “So, looks like that in the next week, looks like something will change.

“I don’t know very well, but maybe something will change that we don’t expect.

“So, what’s happening with the other team and the other Yamahas is not a big difference [to my plans].”

Rossi crashed out of Sunday’s Dutch TT on the seventh of 26 laps having dropped to 21st with a bad start, meaning he has scored points in just four races this year.

With a decision on his MotoGP future expected to be taken in the five-week summer break between Assen and Austria, Rossi admits his Dutch TT result won’t be the deciding factor. 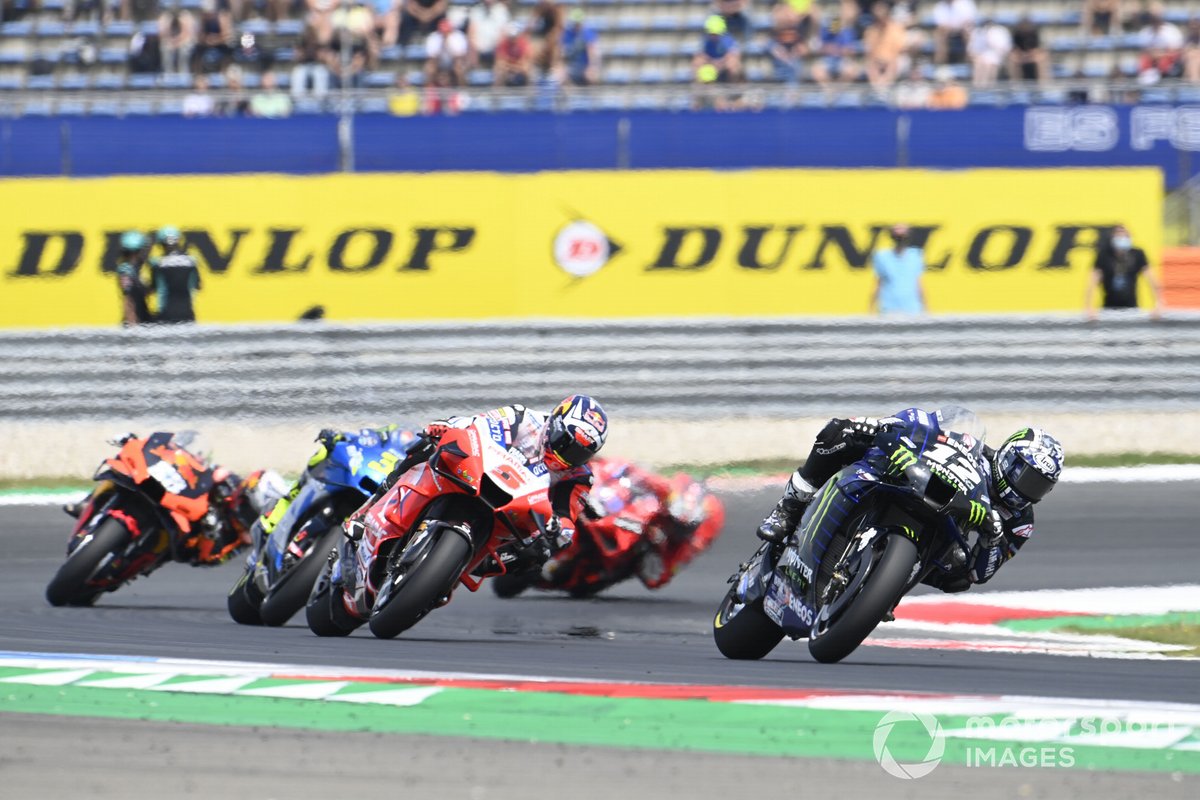 “You know, it’s not today,” he said if his Assen result was important to his future decision.

“I mean, I always said that I know that this year is difficult, is a great challenge.

“But my decision for next year depends very much for the results.

“So, the results for the first half of the season are not what we expected.

“We hoped to be stronger, to fight for the better positions.

“So, the result doesn’t help us. Now is not the moment because I said from the beginning of the season I will decide in the next weeks [in the summer break] about next year, and it will be like this and we’ll let you know when we decide.”

Rossi will bring his VR46 team into MotoGP next season as a Ducati satellite squad, with the Saudi prince backing the team stating in the official announcement press release last week that he hoped Rossi would race for his own squad.

However, Rossi batted away this idea as unlikely to ever happen.