Valentino Rossi says he’s “very frustrated” with the crash in qualifying for the MotoGP San Marino Grand Prix which ultimately left him 23rd on the grid for his home race.

The Petronas SRT rider fell from his Yamaha just over five minutes into the first part of qualifying at Misano at the Turn 15 left-hander.

He was able to complete the session on his second M1, but couldn’t improve on his initial 1m32.967s set before his crash, meaning he’ll start second-to-last on Sunday just ahead of team-mate Andrea Dovizioso.

It was the second crash Rossi suffered on Saturday at Misano, having taken a fast tumble in FP3 at Turn 13.

Speaking afterwards, Rossi explained his qualifying fall annoyed him, as he felt he could have offered a strong challenge.

When asked by Autosport if his crashes at least proved to his doubters that he wasn’t simply easing into retirement, Rossi said: “Yeah, it’s one choice to take it easy to the end.

“Maybe it’s also the right choice! But I’m here and I want to try and make the best.

“Unfortunately, this morning I did a mistake, because I suffer a lot on the bumps in the fast part.

“But anyway, I wanted to try to push to have a good rhythm and to try to enter into the top 10.

“But, I did a mistake. I think that I need to give the maximum, don’t do something crazy, but try the maximum to achieve the best results that I can.

“I’m very frustrated for the crash this afternoon because in the FP4 I was not so bad.

“With the used tyre my pace was quite good, so I thought I could do alone a good lap in the Q1, but it’s like this. We will retry tomorrow.” 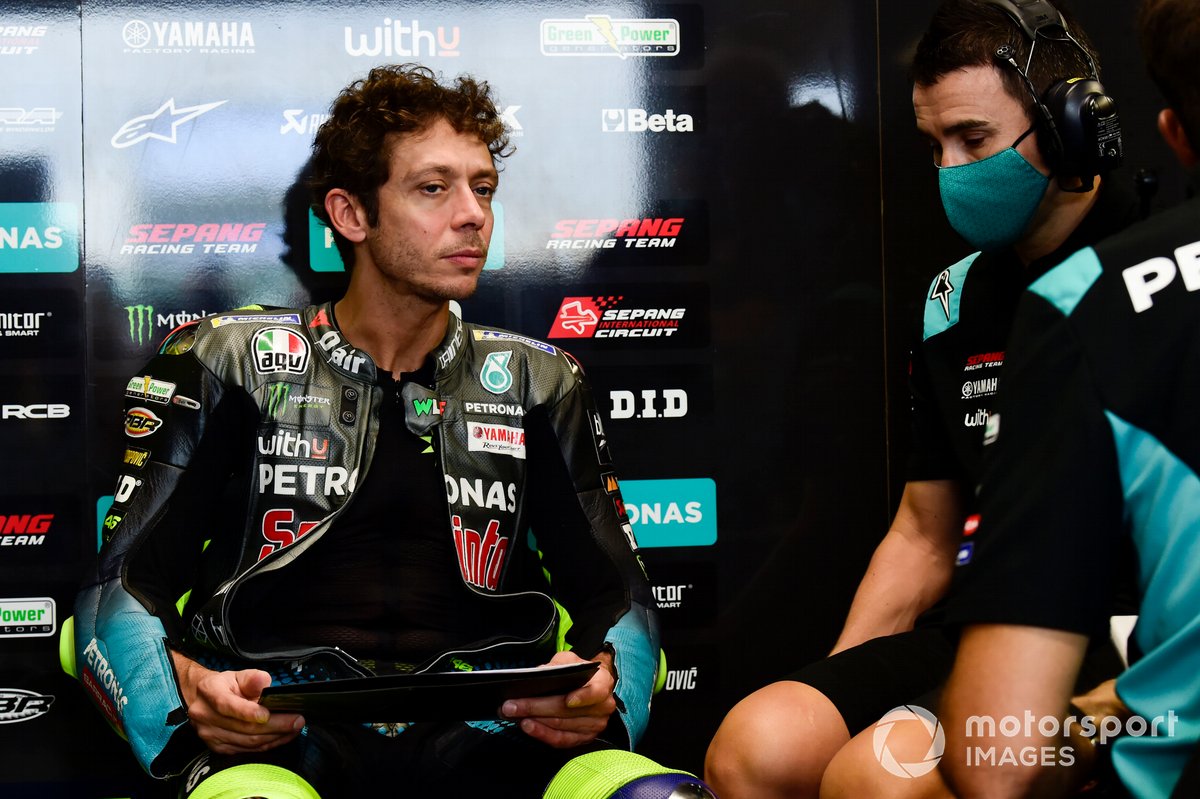 Rossi says his Q1 crash was a result of him slowing down earlier in the lap after a mistake, which meant the left side of the hard front tyre cooled off too much by the time he began to wind up for a flyer.

“The problem is the hard front is better in braking, but on the left you are always very much at the limit – especially at [Turns] six and 15, which are corners where you don’t brake, it’s difficult,” he added.

“But in the second lap I did a small mistake in Turn 4, I go wide, but after I said I wanted to try to make another lap before changing the rear tyre because I think that I can improve, and I have enough time to change the tyre for the second exit.

“It’s like I slowed down like five or six seconds because I made a mistake in Turn 4, but in reality I didn’t slow down a lot. I didn’t expect to lose the tyre on the left like this because I really slowed down for five seconds, but it’s like this.

“The situation is this and I was a bit unlucky, and it’s a shame because if I made 1m32.9s on the first lap, I can do a good lap time in the next lap, and especially with the next tyre.

“But on the other hand I’m happy that I’m ok, because this morning I crashed in the fast part. So, already this is good news.”