MotoGP legend Valentino Rossi says he will likely continue racing in cars once he retires from motorcycle racing and is eyeing a switch to GT3 racing.

Nine-time grand prix motorcycle world champion Rossi is in his 26th season in the MotoGP World Championship and potentially his last, as his current Yamaha contract with Petronas SRT expires at the end of 2021.

Rossi will decide on his MotoGP future in the summer break, though is currently in the midst of his worst-ever grand prix season having scored just 15 points from the first seven races.

It is understood Rossi has performance criteria in his Yamaha contract he must meet in 2021 before discussions about 2022 can be had, with his current form unlikely to meet that.

Rossi has made no secret of his desire to continue racing in cars after he retires from MotoGP, expressing an interest in competing in the Le Mans 24 Hours.

Having made successful endurance outings in Ferrari GT3 machinery in recent years, Rossi says he is likely to compete in that class of machinery when he retires from MotoGP – though doesn’t know in what series.

“Like I always said, when I finish with MotoGP I want to race with the cars,” Rossi said.

“I did some experience with rallying because I am a rally fanatic.

“I also did a world championship race, but for me rallying at the end is difficult because it’s very demanding and I want to race on circuits because I prefer it, I like it more. 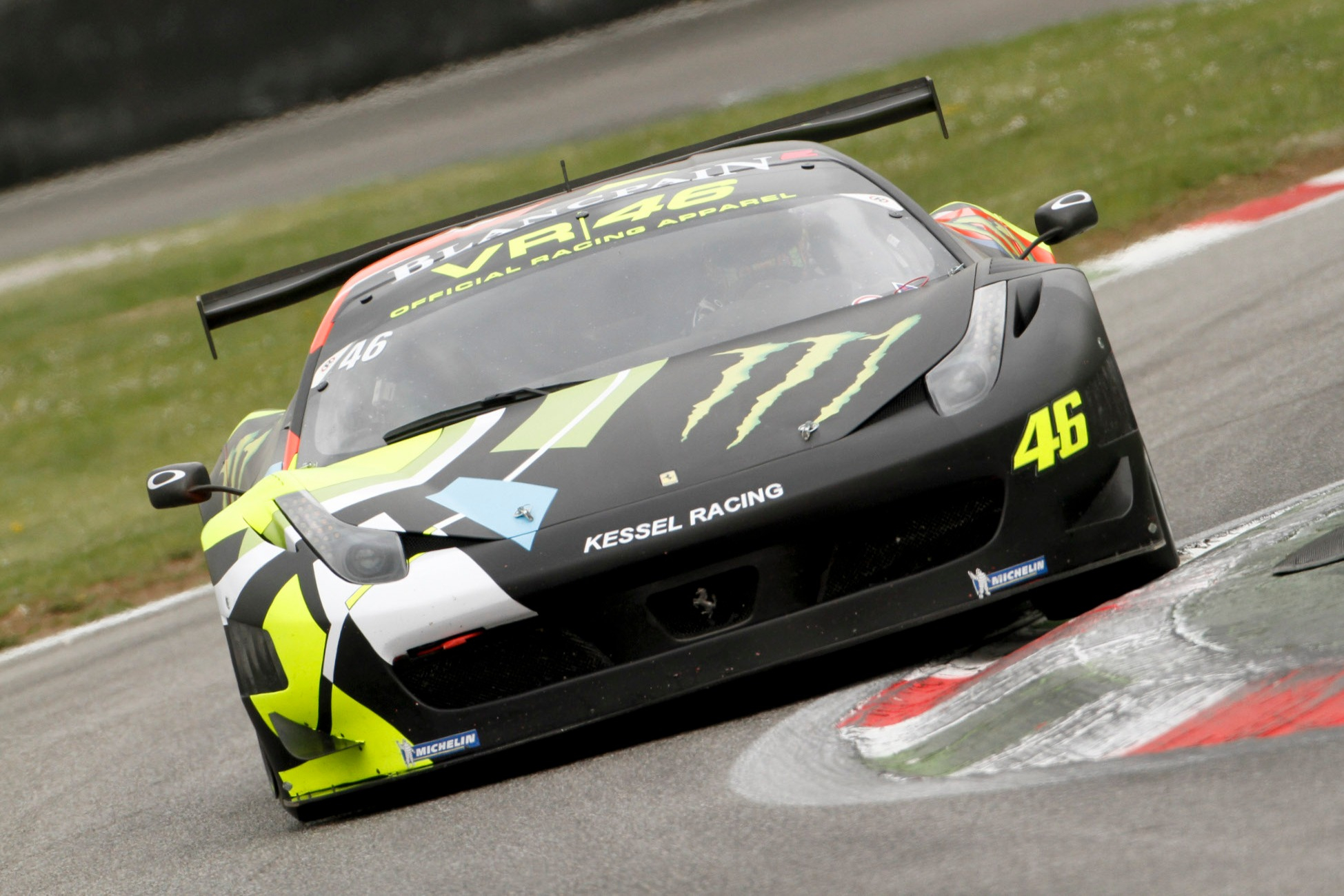 Valentino Rossi in Blancpain Endurance Series action at Monza in 2012

“I have experience racing the GT3, which is an interesting category because it has a lot of different factory cars, important – from Ferrari to Porsche, from Bentley to Aston Martin.

“So, I think I will race with that type of car when I stop racing in MotoGP. But I don’t know in which championship sincerely.

“There’s a difference – there’s the endurance championship, there’s the 24 hours, a lot of races. But I hope to race there.”

Rossi has made several outings in Ferrari GT3 machinery over the past decade, with two appearances in the 2012 Blancpain Endurance Series for Kessel Racing at Monza and the Nurburgring.

Sticking with Kessel, in 2019 Rossi took a class win in Pro-Am and third overall at the Gulf 12 Hours in Abu Dhabi driving alongside current Avintia MotoGP rider Luca Marini and his right-hand man Uccio Salucci.

Rossi also contested the Bahrain 12 Hours in January earlier this year with the same team, taking a podium in third.

Outside of GT racing, Rossi has contested two rounds of the World Rally Championship, crashing out of Rally GB in 2002, and finishing 11th on Rally New Zealand in 2006 in a two-year-old Subaru Impreza.

Rossi is also a seven-time winner of the Monza Rally, and has had numerous Formula 1 tests for Ferrari and Mercedes – the latter coming in 2019 at Valencia as part of a ride swap with Lewis Hamilton.