Valentino Rossi says he was “never strong” on Saturday of the Doha Grand Prix, after registering his worst-ever MotoGP qualifying result of 21st.

The Petronas SRT Yamaha rider had to go through this evening’s Q1 session and was unable to make any impression, having admitted after Friday he wasn’t “strong enough” to fight for a top result.

In the end Rossi only managed a 1m54.881s, some 1.7 seconds slower than his Qatar GP lap which put him fourth on the grid, and 1.7s off rookie polesetter Jorge Martin on the Pramac Ducati.

This meant Rossi will line up 21st for Sunday’s race – his worst-ever Saturday result in MotoGP. 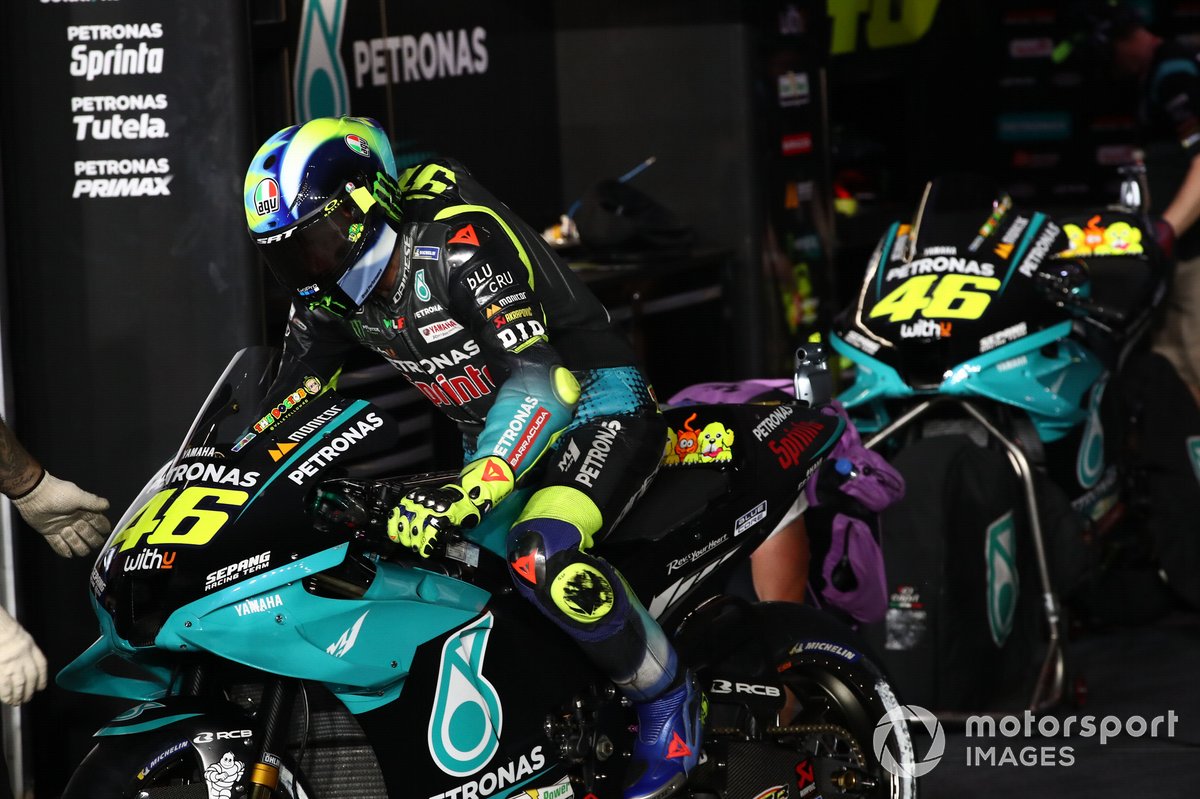 Explaining what went wrong on Saturday, Rossi said: “Very difficult today because I was never strong.

“We tried to improve the feeling with the bike, with the rear, but I suffered very much.

“I have a lack of grip in acceleration and also after some laps anyway… I suffer a lot and my pace is not good.

“Also, in the qualifying with the new tyre I never have the feeling to be fast enough.

“Last week I was good with the new tyres, and like this we tried to do something for improve the life but unfortunately I’m not fast enough.

“Will be difficult, I have to start from behind. We have to understand and we will see.”

Rossi’s performance is in stark contrast to his Yamaha stablemates', with Maverick Vinales completing the front row on the same 2021 M1 as the Italian, with Fabio Quartararo fifth and Franco Morbidelli 10th on his ‘A-spec’ Yamaha.

Admitting he is “in trouble” with his race pace, Rossi simply hopes to not be cast too far adrift of the pack ahead of him in Sunday’s Doha GP.

“For tomorrow it’s difficult because I start behind, but I’m a lot in trouble with the pace, the pace is not fast enough,” he added.

"So, I need to try to stay with the group of the guys in front.

“Last week was a long line, so more or less everybody is in a line, so [we] don’t have a big difference between the group. So, try to stay with them and see.”