Valentino Rossi admits he “expected a lot more” from a “very negative” MotoGP Catalan Grand Prix after crashing out having struggled for pace from the start.

The Petronas SRT rider made genuine steps forward with his Yamaha at Barcelona following a tough start to 2021, with Rossi making it through to Q2 for only the third time this season.

Though a crash left him 11th on the grid Rossi was confident of a strong showing in the race.

However, his choice of hard rear tyre – which he was convinced about after warm-up – didn’t work in the race and he lost six tenths per lap from the off.

His struggles for rear grip led to his tyre developing a vibration which led to his crash at Turn 10 on lap 17 of 24. 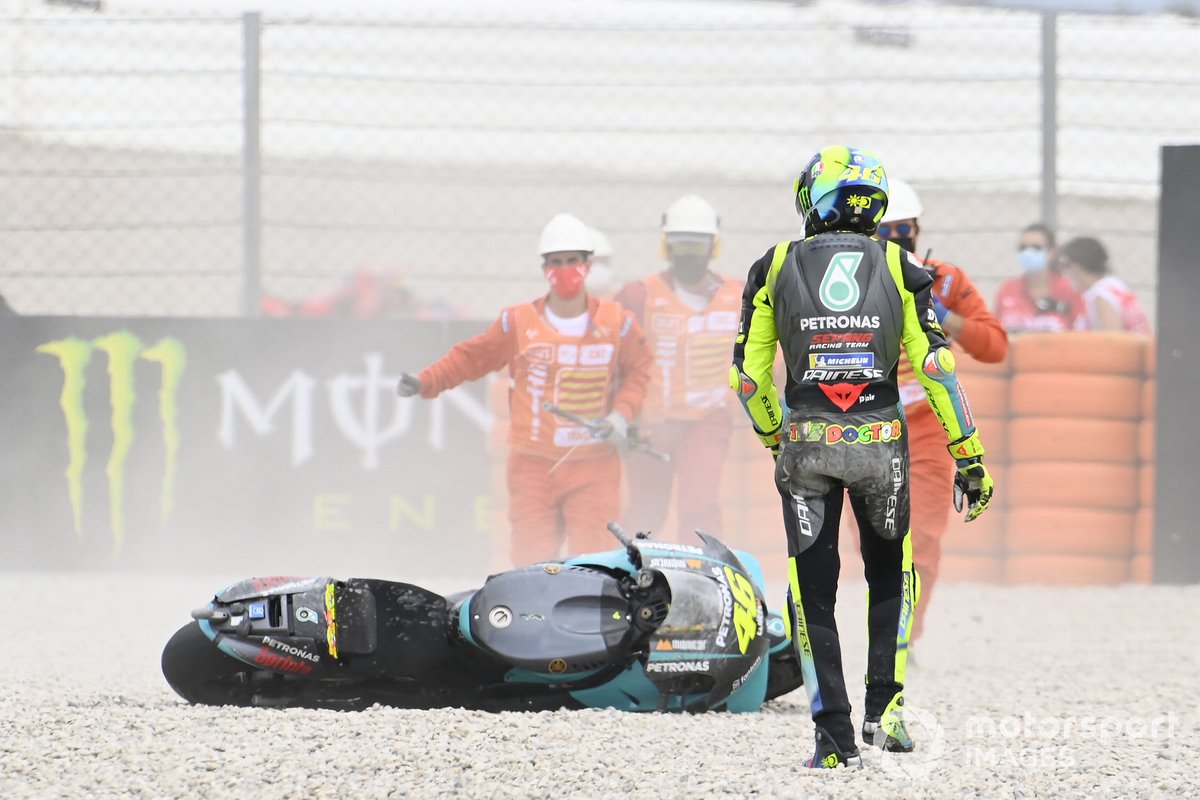 “Yes, it’s a very negative race for me because we expected a lot more because from yesterday morning I had good pace,” Rossi said after the race on Sunday.

“Yesterday afternoon in FP4 we tried the hard and I feel good, I was fast also after some laps.

“So, we decided to use the hard rear also this morning to take out all the doubt because this morning was cold.

“And I felt not so bad, I feel good and my pace was good.

“So, we go with the hard rear also because the conditions of this afternoon were exactly the same to yesterday afternoon.

“But unfortunately, from the first lap I didn’t feel good, I didn’t have grip on the rear.

“Looks like the hard tyre of today was worse than yesterday and this morning and I lost 0.6s per lap and I was very slow.

“At the end I also crashed because when the tyre slides like this the tyre had a vibration and at Turn 10 I crashed.

“We expected a lot more because the pace in the practice was not so bad, so it’s a great shame.”

Team-mate Franco Morbidelli similarly struggled on the hard rear tyre, with the Italian – who was expected to fight for victory based on his practice pace – fading to ninth in the race.

“I think I got everything out of the package,” he said.

“If I check, last year’s race, the time is basically the same, it’s just one second slower.

“So, I think I took basically everything out from the package. I don’t think I could do more this race.”