Bagnaia could become the first Ducati rider in 15 years to be crowned world champion in Sunday’s Valencia GP if he finishes at least 14th regardless of where title rival Fabio Quartararo is.

He will also become the first Italian MotoGP world champion since mentor Rossi won his final title in 2009.

Rossi – who is present in Valencia this weekend one year on from his retirement from MotoGP – has sensed unease in Bagnaia at Circuit Ricardo Tormo on track across the final round, but believes he doesn’t need to be at the top of his game to win the title now.

“On paper it is a very favourable situation for Pecco, because there is only one chance to lose; that Pecco scores zero and Quartararo wins the race,” Rossi told Sky Italy in Valencia.

“But it's the last race and it's tough, even if you have a 23-point lead, because you still have to finish the race.

“I talked to Bagnaia, we always talk enough. I tried to understand how he is psychologically, however, he told me that everything is okay, he also told me that he sleeps but it is impossible.

“The nights before playing the world championship you struggle to fall asleep, you sleep for 2 or 3 hours.

“He is a bit contracted [on the bike], he is not the usual Pecco, he is not at the top.

“But you don't need Bagnaia at the top, if he finishes eighth he's doing great.

“I still see him in a bit of a difficult situation and it's normal, it's a human thing, it's impossible not to be like that. 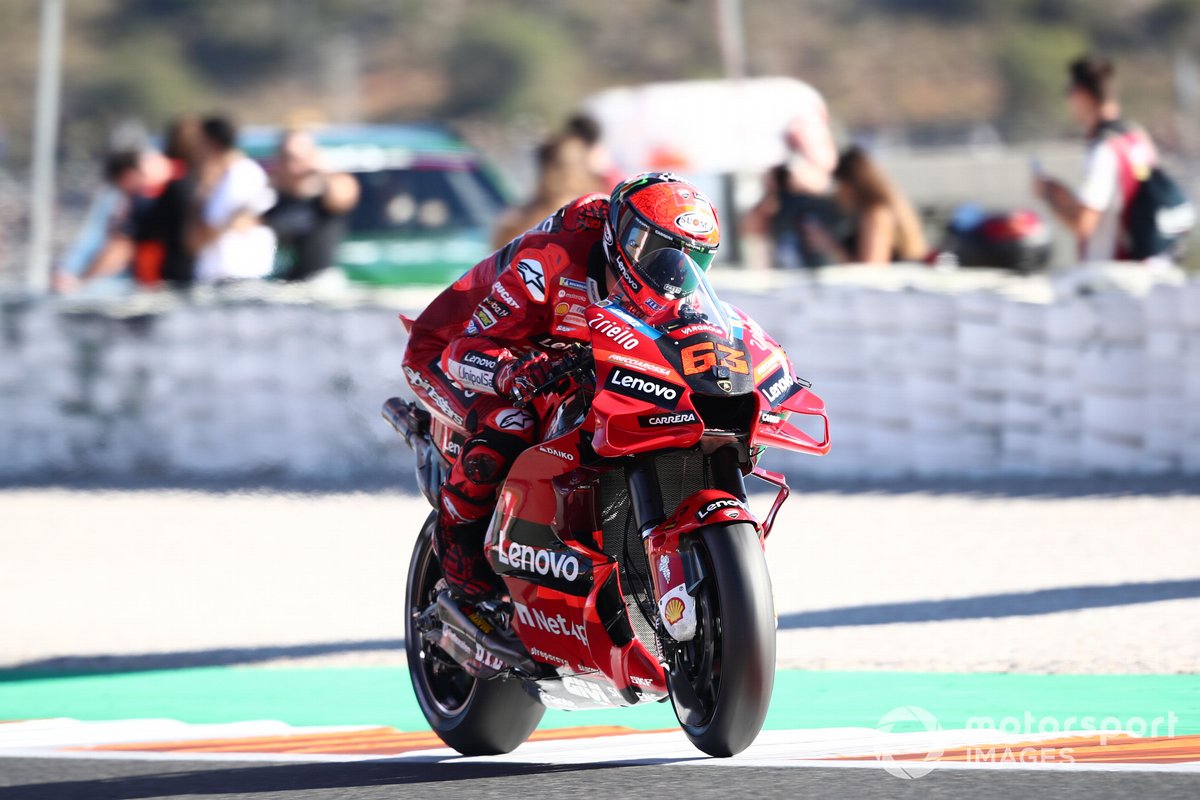 “The right thing is to admit it and try to do your best."

Bagnaia will start Sunday’s Valencia GP from eighth with Quartararo four spots ahead of him in fourth.

Should Bagnaia go on to win the title, he will become the first rider to have done so having registered five DNFs in a single season.

After June’s German GP, Bagnaia was 91 points adrift of Quartararo – though Rossi feels this was never a “real” disadvantage given the circumstances of the first half of the season.

“I have to say that Pecco never gave up,” Rossi added.

“Being 91 points behind the leader was a huge disadvantage but not a real one because he made mistakes and was unlucky.

“Both he, the way he was riding, and his bike were always very competitive.

“The championship was long and he always believed in it. The recovery is historic but then you only remember who wins.”

Marquez ‘would understand’ if Quartararo hit him in MotoGP decider