Alex Rins says his Suzuki had a “fatal feeling” on the front-end in the MotoGP Spanish Grand Prix and “was like putting a cat in water” after struggling to 19th.

Rins has been one of the stars of the early 2022 season, having scored back-to-back podiums in Argentina and America, and rising from 23rd to fourth in Portugal to move to the top of the standings.

The Suzuki rider missed out on getting into Q2 again at Jerez and from the off struggled to replicate his recovery heroics of previous races as the GSX-RR “lost a bit of its DNA”.

A big front-end moment through the fast Turn 11 on lap nine of 25 dropped Rins to the back of the field and 19th was the best he could salvage, dropping him 20 points adrift of Fabio Quartararo in fourth in the standings.

“In the race I had a hard time keeping the front-end, which was locking,” he said.

“In Turn 11 (the same turn where he crashed last year) I completely lost the front end and I don't know how I lifted the bike," he said.

"It was a race with a fatal feeling, riding the Suzuki today was like putting a cat in the water.

"In corners that I'm already pretty good at, it was impossible for me to stop the bike.

“What I found difficult were the fast corners, the kind of corners that in Portimao allowed me to overtake positions.

"We have to analyse why it happened.

“After the scare the pace wasn't bad, I was riding more or less like those in the second group, but we lost a bit of Suzuki's DNA.” 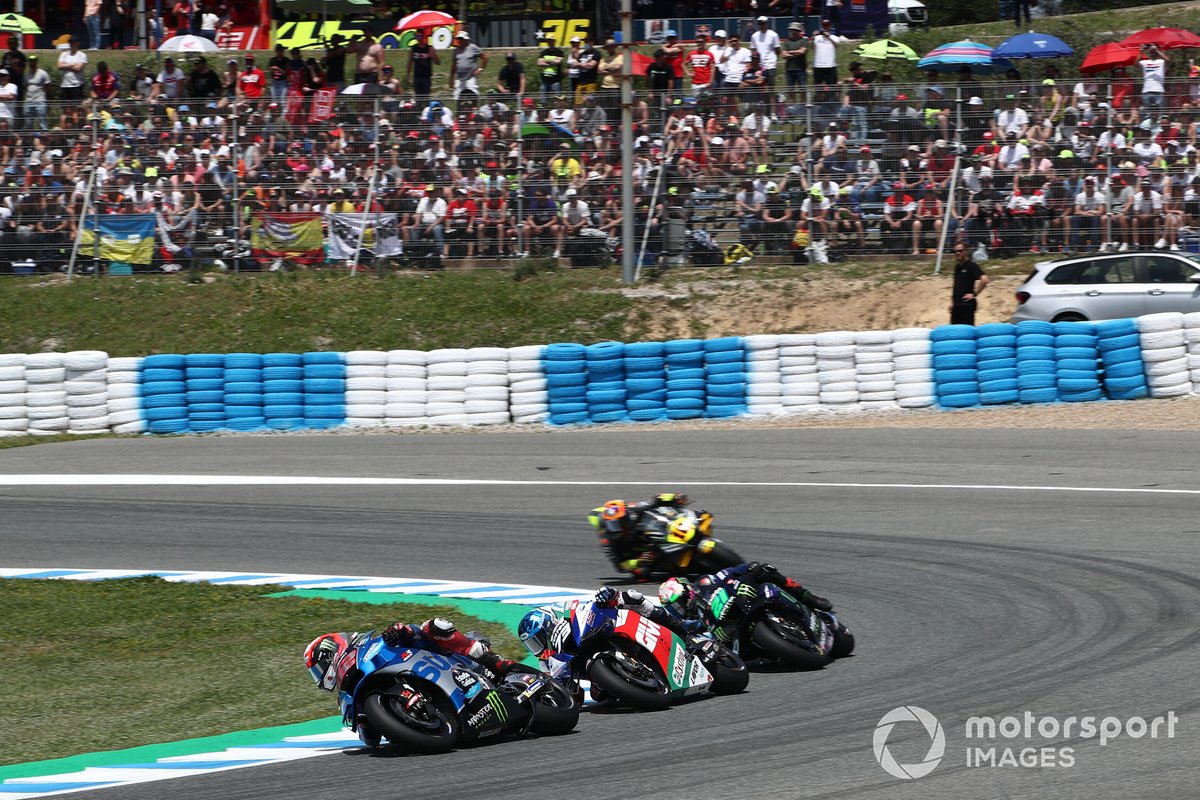 Suzuki team-mate Joan Mir had similar front-end tyre issues in the hotter temperatures and could do no better than sixth.

“The last races were a bit disappointing for me, also this one was not an exception,” said Mir.

“We have to work on that because I could not do anything to avoid that problem. Something similar happened last year; I have my pace but once I start to feel the slipstream of the other bikes, this gets worse and worse.

“So, I could not attack here and the races with hot temperatures is the same.

“We have to find a solution if we want to fight at tracks that will be hot because it ruined all the weekend.”

Mir notes that the development of aerodynamic wings and ride height devices has start to “put more load” on the front tyres now in MotoGP, but says other teams have been able to figure out how to manage that.

“The wings, all the devices put more load on the front,” he explained.

“Some teams know how to make the bike better, and in our case we didn’t find any solution for this.

“It’s frustrating because in lap three or four I was in that position I said ‘I will finish like this if nobody had problems’ because it was really an issue today.”

Marquez: Jerez MotoGP crowd “picked me up” from near-crash