Suzuki’s Alex Rins says his run of four-successive race crashes in the 2021 MotoGP season are “not normal” after he fell again out of last Sunday’s Italian Grand Prix.

Rins was expected to be a major player in the championship in 2021 having finished third in the 2020 standings on his GSX-RR.

But so far Rins has scored just 23 points from the first six races, having crashed out of victory contention in Portugal, slid out of a strong top six result in Spain and crashed out of the podium battles in France and Italy.

Rins was trailing team-mate Joan Mir – who went on to finish third – and KTM’s Miguel Oliveira in the battle for second late on at Mugello, but crashed on lap 19 of 23 at the last corner.

The Suzuki rider, now 82 points off the championship leader Fabio Quartararo, doesn’t believe he did anything wrong and explained his feeling on the bike was worse in the race than it had been throughout practice.

“Difficult to say,” Rins said when asked to explain the root of his problems.

“I was riding good behind Joan, especially this weekend.

“This race [there] was not enough [of a] good feeling in the front, not the same feeling as the practices.

“But I don’t understand what happened, we need to do something because it’s not normal to have four zeroes in a row, always losing the front. 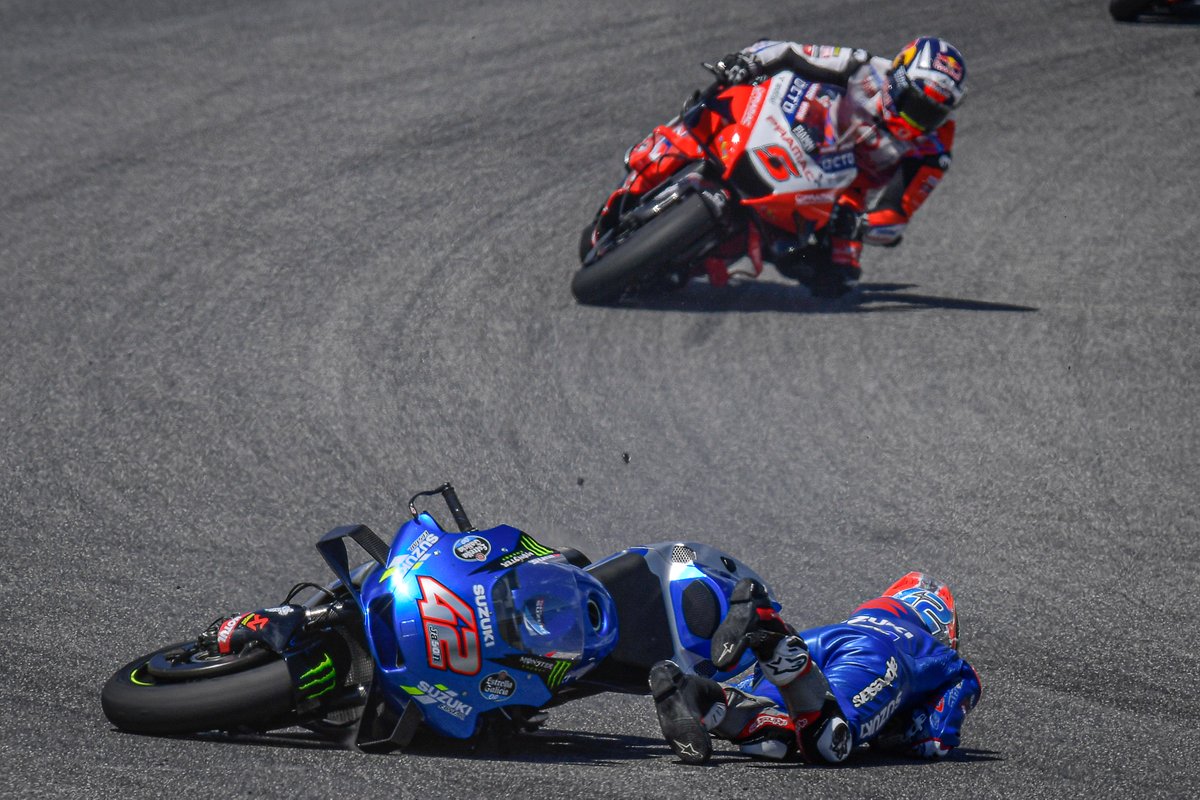 “So, let’s analyse well, let’s work. For sure it’s a shame, but [we need to] keep working.

“I don’t know. Personally, I think I didn’t do something wrong. But let’s analyse, let’s try to change.”

The Suzuki duo were cut adrift of the early lead battle thanks to yet another average qualifying performance, with Rins eighth and Mir ninth.

But Rins was reticent to say if Suzuki still had a problem with one-lap speed, as his Q2 session was ultimately curtailed by a bike issue.

“I can’t say anything about the qualifying from yesterday because we didn’t complete all the laps in qualifying,” he added.

“We had an electronic issue with the bike, so I couldn’t complete my qualifying."