Suzuki’s Alex Rins is in talks with LCR Honda for the 2023 MotoGP season to replace Alex Marquez, Autosport has learned.

The rider market was thrown into chaos at the shock announcement by Suzuki last month that it would be quitting MotoGP at the end of the year.

While Mir looks set to join the factory Honda squad in 2023 alongside Marc Marquez, Rins could follow his Suzuki team-mate to Honda with Lucio Cecchinello’s LCR squad.

Autosport understands that the Rins camp and LCR engaged in a second round of negotiations after positive first talks, which should come to a close in the next 15 days or so.

Rins’ arrival at LCR will depend on Honda’s approval, which holds that power in regards to the line-up of its satellite squad, while the financial element will also be a major factor.

In terms of the latter factor, both parties appeared to be much closer in this respect during the German Grand Prix weekend – which Rins withdrew from due to a left wrist fracture.

In recent days, Honda team boss Alberto Puig confirmed that it had been in contact with both Suzuki riders, saying: “Obviously Honda has spoken to the two Suzuki riders, who called us after the news broke about the future of their team.”

Alex Marquez’s MotoGP future will hinge on how the rest of the rider market shakes up, while LCR looks to be evaluating a total overhaul of its line-up for 2023. 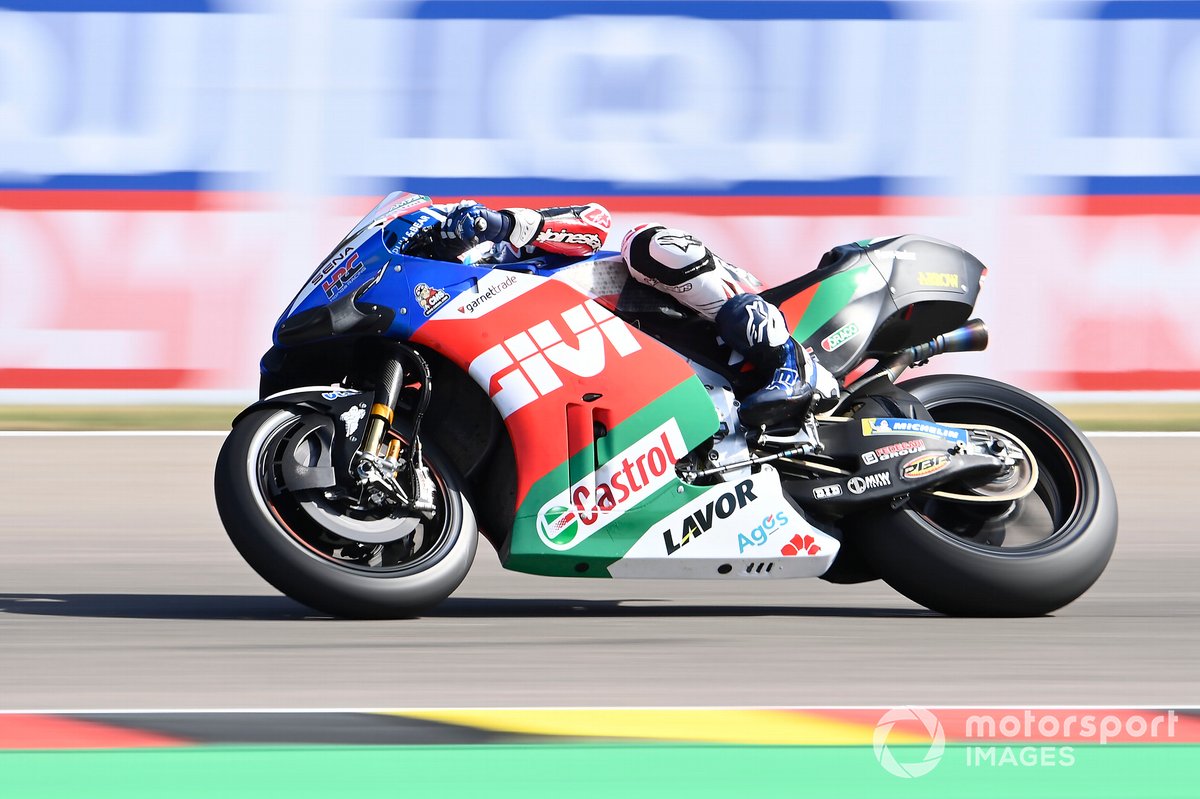 Takaaki Nakagami’s future has been in doubt for some time, with Moto2 frontrunner Ai Ogura favourite to take his fellow Japanese rider’s place at LCR next year.

In this instance, it is likely Nakagami will be relegated to a test rider role alongside Stefan Bradl, who will continue to be an HRC tester in 2023.

Several riders have been linked to Alex Marquez’s side of the LCR garage in recent months, with Jack Miller thought to be in line for that ride before eventually agreeing terms with KTM to join Brad Binder in 2023.

Binder’s current team-mate Miguel Oliveira has also been linked with an LCR move, while it was thought a deal with Ducati and Gresini was imminent last weekend.

However, the main obstacle to this has been financial: Ducati does not want to take over Oliveira’s salary, as the 27-year-old does not fit into the Italian marque’s current philosophy of promoting young talent.

Current Gresini rider Bastianini has agreed terms with Ducati for 2023, but it remains to be seen whether it will be the Italian or Pramac’s Jorge Martin that will get the nod to take Miller’s place at the factory squad.

Should Oliveira lose out on a Ducati place at Gresini, his most likely move is to Aprilia and RNF Racing – though the Italian marque’s first choice was Raul Fernandez, who is still being blocked by KTM from cutting ties.

Pol Espargaro, set to lose his Honda place, is now finalising terms to return to KTM and to Tech3 – with whom he made his MotoGP debut in 2014 on a Yamaha – next year, with KTM happy to retain either Fernandez or Remy Gardner against their wills.