The 2019 Silverstone race winner had looked strong throughout the British GP weekend and rocketed from 11th on the grid to run inside the top five in the early laps.

Rins took the lead on lap six and at on stage held a lead of close to a second before his hard rear tyre started to fade, eventually relegating him to seventh at the chequered flag.

“And at a certain point of the race, I was struggling a lot to keep the rear traction.

“I was spinning a lot, I don’t know [why]. We need to check the data, check with Michelin guys because it was not normal that I was suffering a lot to hold two-minute [laps].

“The last six laps I was riding in 2m01s. But anyway, P7, some points, and we look forward to the next race.”

Team-mate Joan Mir ran inside the lead battle in eighth when he crashed out at Stowe corner on lap 15 of 20.

The 2020 world champion says being mired in the pack for the race led to his front tyre overheating, which caused his crash. 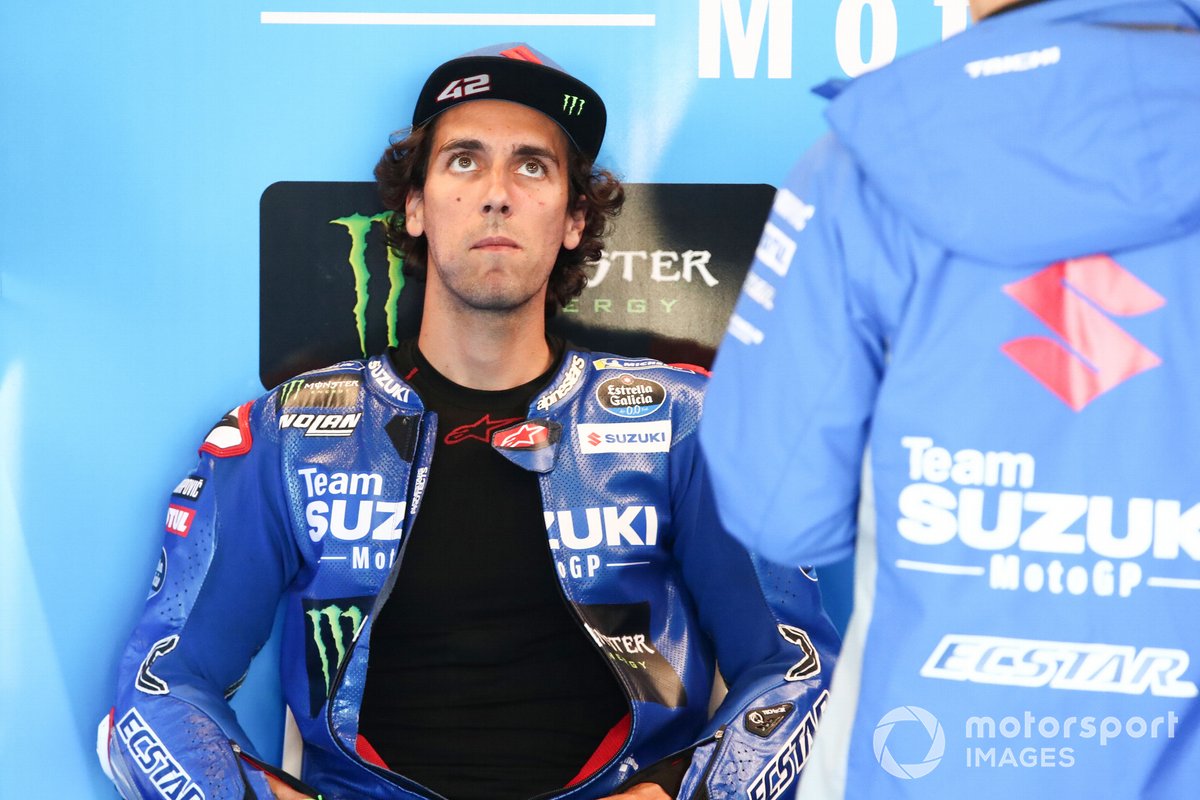 “Well, the temperatures were higher than the previous days and being behind the group during a lot of laps produced that maybe I overheated the front a bit more than I wanted,” Mir said.

“And, I think the crash was due to this problem I would say.

“But I was trying to managed and go with the fresh air, but it was difficult because I was there in the group.

“The feeling with the bike was fine, I could see I was losing in some points.

“I think we have to improve the grip a bit more because from Turn 16 to the main straight, probably I was losing three or maybe four tenths in that right-hander.

“So, it means there is margin to improve our bike in the grip area.

“We could see a lot of good stuff in this race, because I was behind a lot of top guys.

"So, this is the important thing of this weekend. I didn’t want to finish the race with a crash, but I gave the maximum.

“I think we could have gone a bit forward in the next laps because I was feeling fine but we’ll never.”