Spanish oil giant Repsol has confirmed a two-year extension of its title sponsorship of the Honda MotoGP team, beginning from 2021

The Repsol Honda tie-up has been one of motorsport's most enduring partnerships, with HRC's factory squad first featuring Repsol branding back in 1995.

Rumours emerged from the MotoGP paddock in recent weeks that Repsol would not be renewing its deal with Honda, with speculation suggesting a possible title partnership between HRC and one of its current primary sponsors Red Bull.

However, Autosport revealed last week this was not the case and a new two-year deal between Repsol and Honda was set to be signed imminently and Honda officially announced this on Tuesday.

HRC president Yoshishige Nomura said: "It is always a great feeling to extend our partnership with Repsol, this time for a further two years.

"Together we have achieved incredible success and formed a partnership which is unique in motorsport. 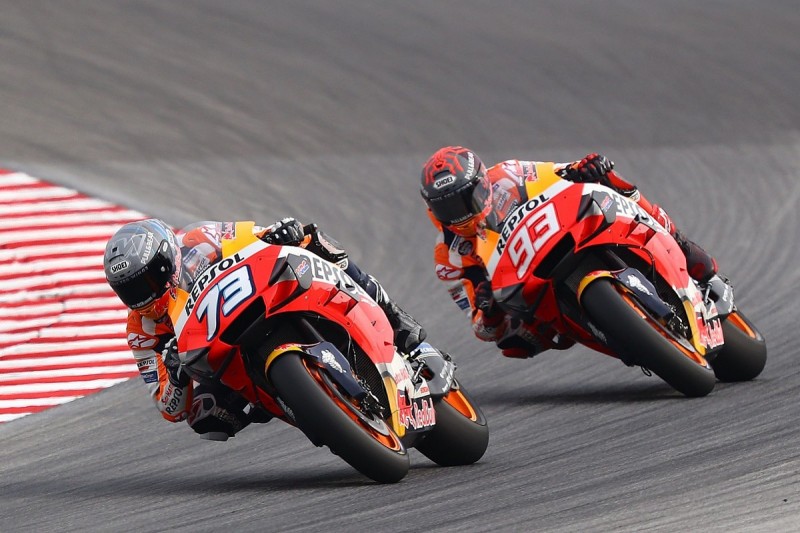 "Working as one, we have - and will continue - to overcome all obstacles and hardships which are presented to us.

"2020 has been a difficult year for the world, but together with Repsol we have continued to work towards our goals.

"We are now looking forward to continuing this journey together and writing many more pages in the history of grand prix racing."

The 2020 season has largely been a tough campaign for Honda, compounded by the absence of reigning six-time world champion Marquez due to a broken arm sustained in a crash in July's Spanish Grand Prix.

However, its fortunes have been transformed in recent weeks courtesy of rookie Alex Marquez.

PLUS: How Honda has fixed a bike that only Marc Marquez could ride

The younger Marquez brother scored his maiden podium and Honda's first of the season in the wet French GP, before following this up with a second in the dry at Aragon after putting pressure on Alex Rins for the victory.

Marquez has lifted himself up to 12th in the standings on 67 points and has drawn level with KTM's Brad Binder in the battle for top rookie honours in 2020.

Next year, Honda will field a revised line-up of Marc Marquez and current KTM rider Pol Espargaro, while Alex Marquez will move to LCR with full factory support from HRC.

Marc Marquez is not expected to return to action now until November's European Grand Prix at the Ricardo Tormo Circuit near Valencia.