MotoGP German Grand Prix winner Fabio Quartararo admits his choice of medium rear tyre was “really risky” and he was “scared” he’d used too much of it in the early laps.

Quartararo was one of only two riders to opt for the medium rear tyre as track temperatures at the Sachsenring exceeded 50 degrees Celsius on Sunday.

The Yamaha rider grabbed the holeshot off the line and led all 30 laps, dominating the grand prix to win by almost five seconds and take a 34-point lead in the championship.

But Quartararo admits his decision on tyre choice was a gamble and feared he’d gone too hard on the tyre in the early laps.

“I feel tired. I was sick during all the weekend and on the race I was coughing a bit,” Quartararo said afterwards.

“I have no words. We took a choice on the rear tyre, the medium, that was really risky and in the race we were lucky because it dropped much more than expected.

“But I’m super happy. [It’s] a really, really special victory. Was a little bit like Barcelona.

“On Friday I was not so great, yesterday was much better and this morning with used medium tyre I felt it was the correct choice because with 27 laps I was in 1m22s low.

“In the race the conditions were totally different and from the beginning I was a little bit scared because I was using the tyre a little bit more than expected to ride fast.

“The last five, six laps were a total disaster from the rear. But the feeling on the front was super-good.” 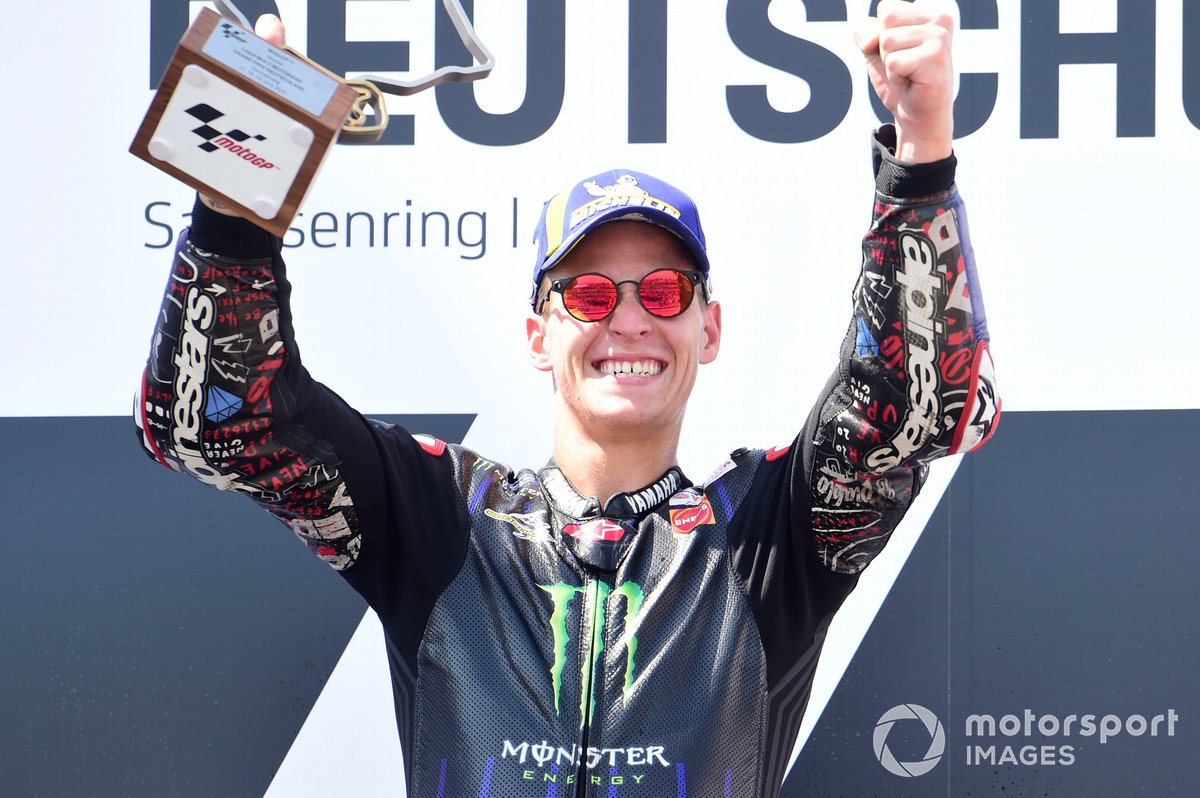 Quartararo’s third win of 2022 comes amidst a run of races he was not expected to go strongly at given the Yamaha’s limitations with horsepower and rear grip.

But from the last three races he was won twice and finished second, while his main championship rivals have all faltered.

“I’m learning and I feel like every time I find something.

“The focus here to make 30 laps in front and to be consistent was something difficult.

“Barcelona helped me a lot because I had a similar situation, but of course I’m feeling confident and I feel I’m riding better than ever.”