Quartararo wants to have "less emotion" for 2021 MotoGP season

Fabio Quartararo says he wants to "have less emotion" within himself when things aren't going his way, following a tough end to the 2020 MotoGP season

The incoming factory Yamaha rider won three times for Petronas SRT in 2020, but his title challenge crumbled after a tough run of races from the French Grand Prix through to a disappointing finale afflicted by arm-pump in Portugal, in which he failed to reach the top six.

Having led for much of the campaign, the 21-year-old ended the year eighth in the standings and 44 points behind world champion Joan Mir.

Frequently across the final rounds, Quartararo appeared visibly frustrated on the bike and in the garage as he struggled aboard his 2020-spec M1.

He thinks ironing this out ahead of his factory Yamaha team step will be "very important", so he can offer much clearer feedback on the bike's issues than he was able to in 2020.

"I want to work on the emotional part, on the bike, in the box and outside the box, just to have less emotion," Quartararo said last month in Portugal.

"I think it will be really important for next year. Also, to give better comments to my crew chief, to my engineers, because when you have high emotions you just say the bike is not working and you don't know exactly which part.

"I think it will be very important this, but at the moment I feel I need to work on that." 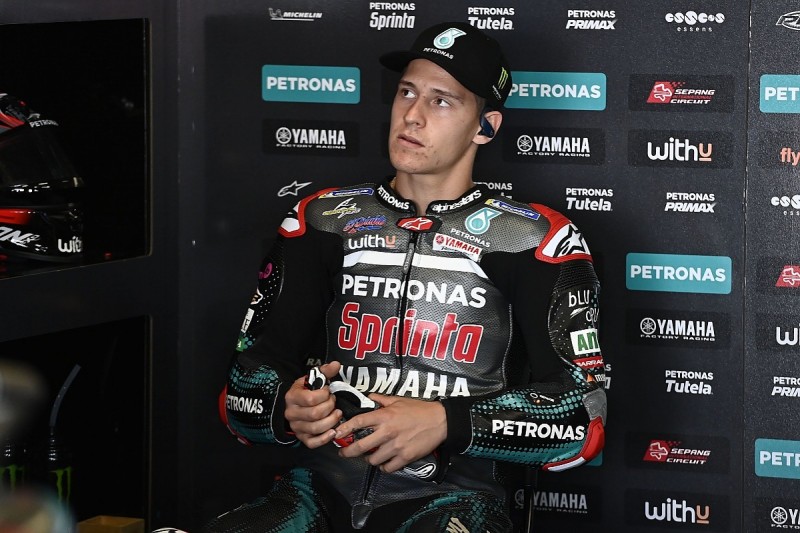 Quartararo says he already started to work in a calmer fashion over the remainder of the Portugal weekend, and has been working with a psychologist since the season concluded.

This is something Quartararo has admitted to doing before, following what he described earlier this year as the lowest point of his career after the 2018 Argentine Moto2 round, and again after his MotoGP debut in Qatar last year - when he qualified fifth, only to stall and have to start from the pitlane instead.

"On the emotions side, I'm starting to work already right now to be more calm and with less emotion as possible," he said.

"But of course, I plan to see a psychologist. I already go a few times, but I will go more often because I think small difference can make big changes.

"So, I will go with the psychologist again and work on that part because for me to touch small details with the team will be so important."