Fabio Quartararo says the “story” of the Yamaha being branded an easy MotoGP bike is “finished” as he had to “push like hell” for second in Qatar Grand Prix qualifying.

The M1 for years was branded a rider-friendly motorcycle, with the likes of Johann Zarco, Jonas Folger and Fabio Quartararo over the past few seasons able to jump on the bike and score podiums in their debut seasons.

The 2020 M1 proved to be a harder bike to manage, with the older frame losing cornering performance compared to the 2019 chassis.

And while the 2021 chassis has better turning capabilities, Quartararo notes he is having to push the bike much harder than he did in 2019 to make fast lap times.

“I think I was struggling a little bit with the 2020 bike, because coming from 2019, the difference was with my riding style the more I pushed, the slower I go,” he explained after qualifying second on Saturday.

“So, I think it’s quite finished the story of Yamaha being an easy bike.

“We need to push like hell to make the lap time. I evaluate a little bit aggressive on the bike, but I’m also comfortable like this.

“So, we need to work on that way for qualifying and try to be great at the end of the race on pace because it’s two different ways of riding in qualifying and in the race.

“So, we will need to separate well the two jobs.”

Factory team-mate Maverick Vinales will start alongside Quartararo on the front row for the opening round of 2021, after pipping Petronas SRT’s Valentino Rossi to third at the death of qualifying. 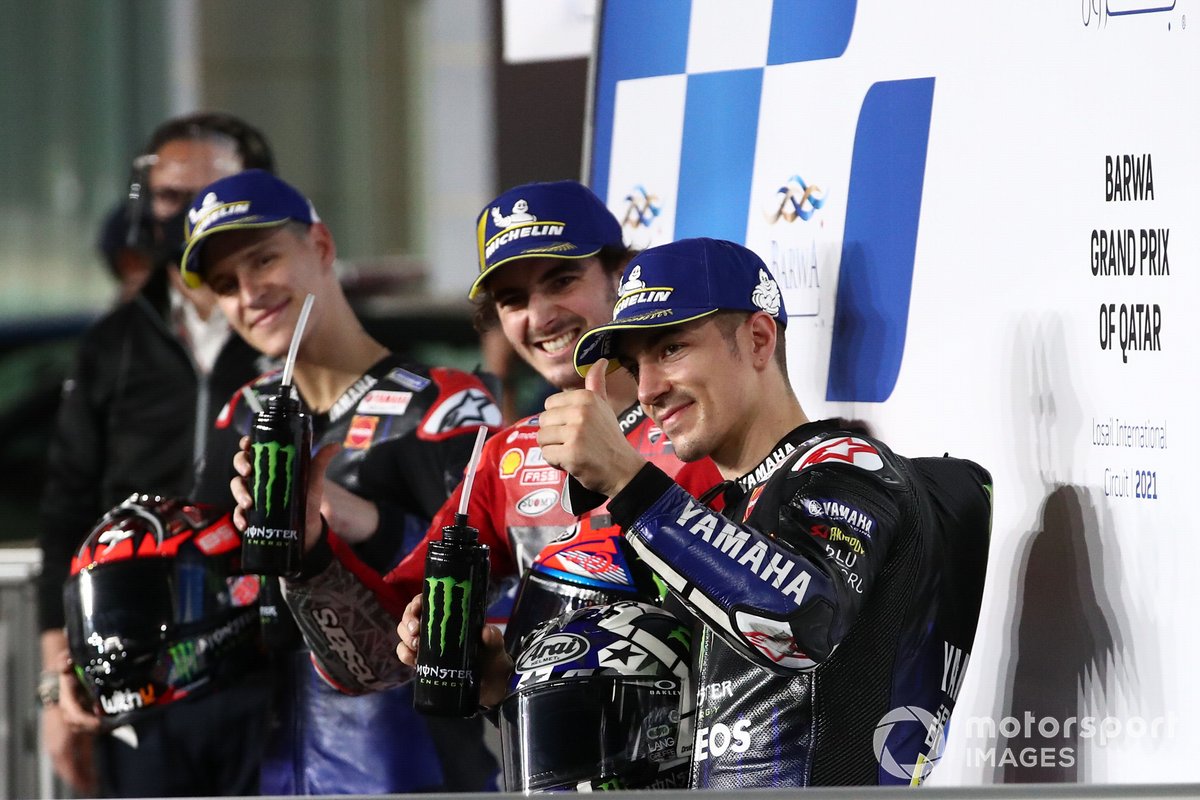 Vinales displayed strong long run pace in the preceding FP4 session, but admits he still needs to “understand the strengths” of the 2021 M1 in a race situation.

“From my point of view, still we need to understand the strengths of the bike,” he said.

“Sure, it will be hard but we need to understand how to take out the maximum potential of the bike to overtake, maybe it can be with corner speed or braking late.

“We know we can pass in many places here in Qatar, so tomorrow we have a clear spot where we can attack.”

SRT’s Franco Morbidelli ended qualifying the slowest Yamaha in seventh having topped FP3 and having been pegged as the favourite by Ducati’s Jack Miller on Friday.

He revealed his speed dips somewhat in the evening sessions and his ‘A-spec’ M1 has “two different personalities” from day to night.

“It looks like we are missing some speed in the night, so for tomorrow we will try to at least balance the two different personalities that we have,” he said.

“When the sun is out we are really fast, we are incredibly fast. But when the night comes, we are still fast but not enough.

“So, tomorrow we are going to try something to increase our speed at night.”