Reigning MotoGP world champion Fabio Quartararo has re-signed for Yamaha on a new two-year deal that will take him to the end of 2024.

Quartararo made his MotoGP debut in 2019 with Yamaha satellite squad Petronas SRT, scoring seven podiums in his rookie campaign before scoring three wins in 2020.

He was promoted to the factory Yamaha squad for 2021 to replace Valentino Rossi and duly went on to win five races and the world championship - Yamaha's first since 2015 - with two races to spare.

Quartararo has been locked in negotiations with Yamaha over a new deal for some time, with the Frenchman admitting repeatedly throughout the pre-season that his future was open as he expressed disappointment in the lack of progress made with the 2022 M1.

Yamaha boss Lin Jarvis told Autosport last month that he’d hoped to have Quartararo’s new deal sorted by the end of June and was confident in agreeing terms.

On the eve of the Catalan Grand Prix, Yamaha has now confirmed Quartararo’s new deal.

“I am really happy to announce to all of you that I will stay with Yamaha for two more years,” Quartararo said.

“In the past, moving up to MotoGP with Yamaha and later to the factory team were no-brainers.

“Yamaha believed in me from the very beginning, and that is something I do not take lightly.

“But that being said, this new agreement was a big decision. I'm at a great point in my career, so I took a bit more time taking this decision to be sure.

“I believe in the Yamaha MotoGP project, and I feel Yamaha are truly motivated.

“And now that we have officially confirmed our decision to continue on this path together, we can fully focus on the current season.

“I want to say thanks to the people around me, who always help me and support me, as well as to the fans who are cheering me on. I really do appreciate all the support.” 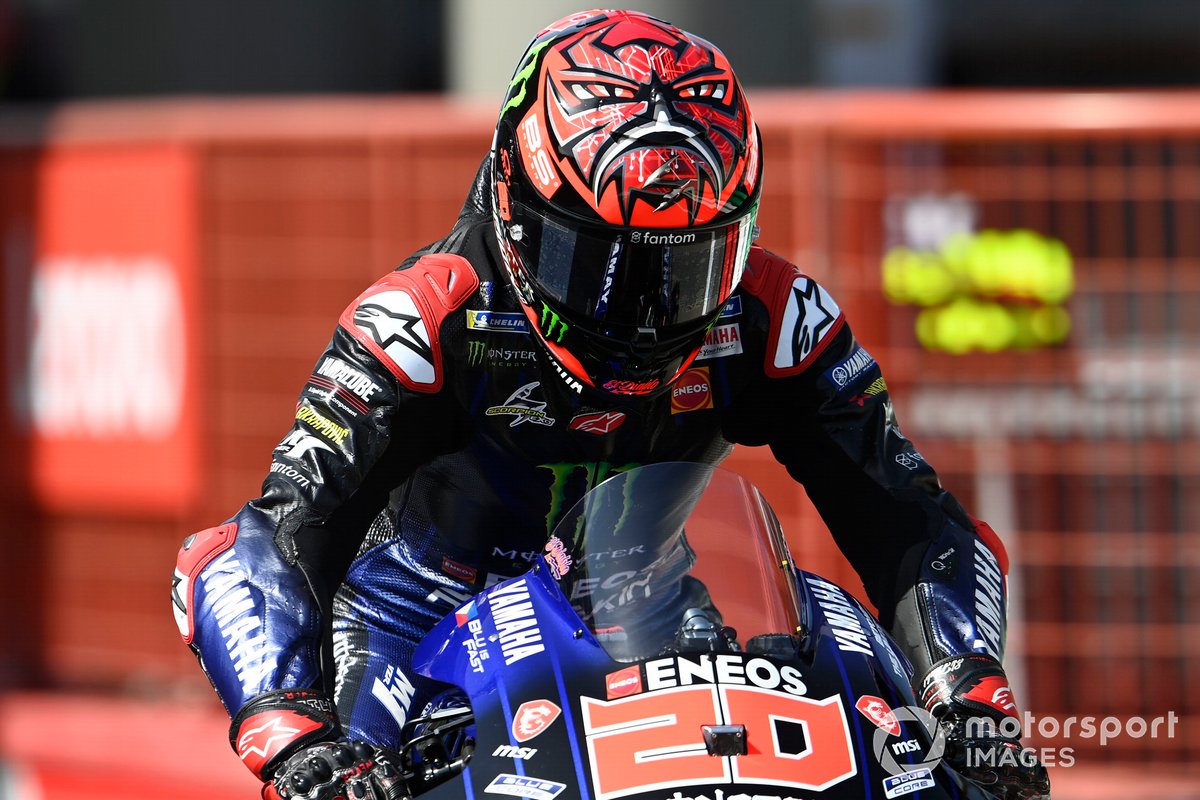 Quartararo has been the standout Yamaha rider in 2022, scoring a win in Portugal and three other podiums to lead the standings by eight points – while the combined points total of team-mate Franco Morbidelli and RNF Racing duo Andrea Dovizioso and Darryn Binder is just 34 to Quartararo’s 122.

Yamaha will only field two bikes in 2023 after RNF Racing announced it would switch to Aprilia machinery for the next two seasons.

Quartararo’s team-mate Morbidelli also has a contract for 2023 having agreed a two-year deal with Yamaha late in 2021.

Yamaha also recently ruled out the prospect of reigning World Superbike champion Toprak Razgatlioglu moving to MotoGP in 2023 with the squad.

2022 MotoGP Catalan Grand Prix: When is it and how to watch?