Fabio Quartararo says he questioned his career after a miserable Moto2 qualifying in Argentina back in 2018, but says work following that ultimately sent him on the path to MotoGP

Quartararo struggled in the first three years of his grand prix career in Moto3 and Moto2, having come into the world championship touted as the next Marc Marquez following his exploits in the CEV Junior World Championship.

The Frenchman now leads the MotoGP standings by 10 points after back-to-back wins at Jerez last month, but admitted he questioned his career two years ago after a particularly miserable Moto2 qualifying session - in which he was over four seconds off the pace in a wet session at Rio Hondo.

After that, however, he "totally changed the way of thinking" and began working with a psychologist, which helped him take the steps forward which brought him his first win at Catalunya that year - and ultimately put him in the frame for the Petronas SRT MotoGP seat.

"Well, honestly, for me the worst feeling I ever had was in 2018 in Argentina, qualifying P28 and in that moment I said, 'what am I doing there?'," Quartararo said.

"We were so far I didn't even know where I was.

"So, from this moment, I totally changed the way of thinking,

"I go to see a psychologist to see what was happening and since this moment we made steps forward in Jerez, Le Mans until Barcelona, [where] that we take our first win.

"And that moment was really important in my life, because while it was one of the worst, [it] made me learn something for the future.

"Of course, I was worried, but it was good to feel this moment to make a jump and make the step to MotoGP." 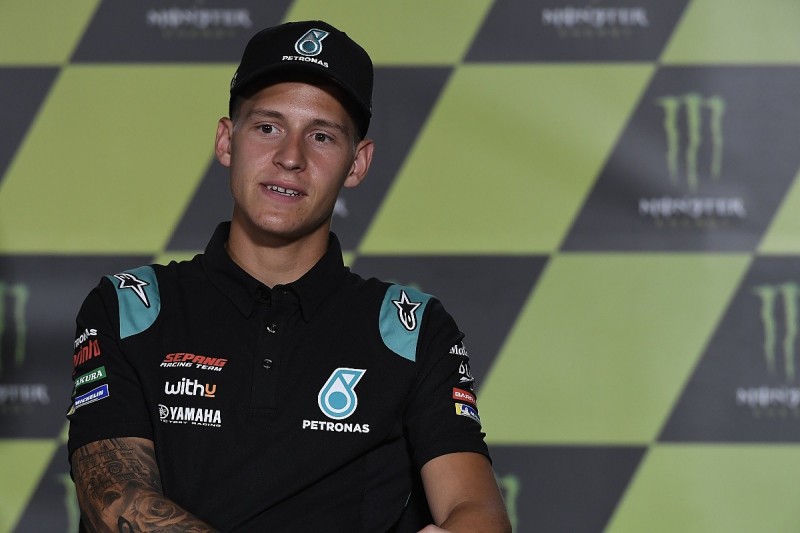 Quartararo revealed earlier this year that he went to a psychologist following his debut MotoGP race in Qatar, after a strong qualifying was wiped away when he stalled on the grid and had to start from pitlane.

Since then, he has tallied up eight pole positions and nine podiums, including two victories, and will step up to the factory Yamaha squad in 2021 alongside Maverick Vinales.

On Thursday ahead of the Czech GP at Brno, Quartararo brushed off any notion that he will be carrying added pressure as championship leader.

Miller has made his "one" acceptable MotoGP mistake in 2020