Yamaha’s Fabio Quartararo says he was ‘on qualifying mode’ in every lap of Sunday’s MotoGP Austrian Grand Prix to fight for the podium at the Red Bull Ring.

The reigning world champion was expected to struggle at the Austrian venue owing to the emphasis it puts on horsepower.

But the Yamaha rider came away with a second-place finish and was just 0.492 seconds behind race winner Francesco Bagnaia on the factory Ducati at the chequered flag.

Quartararo is now 32 points clear in the championship standings after Aleix Espargaro was sixth, though the Frenchman admits to put himself into the podium battle he had to be “on the limit everywhere” through the race.

“I rate it one of my best races for sure, but it’s so difficult to make races like that,” he said. “I’m pushing myself to the limit, I nearly crashed a few times and physically it’s tough to ride like that.

“I’m on qualifying [mode] every single lap. So, of course I’m super-happy but this track is tough.

“There’s a lot of acceleration. But also I feel quite happy because I made a great start but not good first laps, then I could really make some great comeback.

“A few more laps and it could have been a great fight [with Bagnaia].

“But I was on the limit everywhere and unfortunately on the acceleration and the straight we lose too much.” 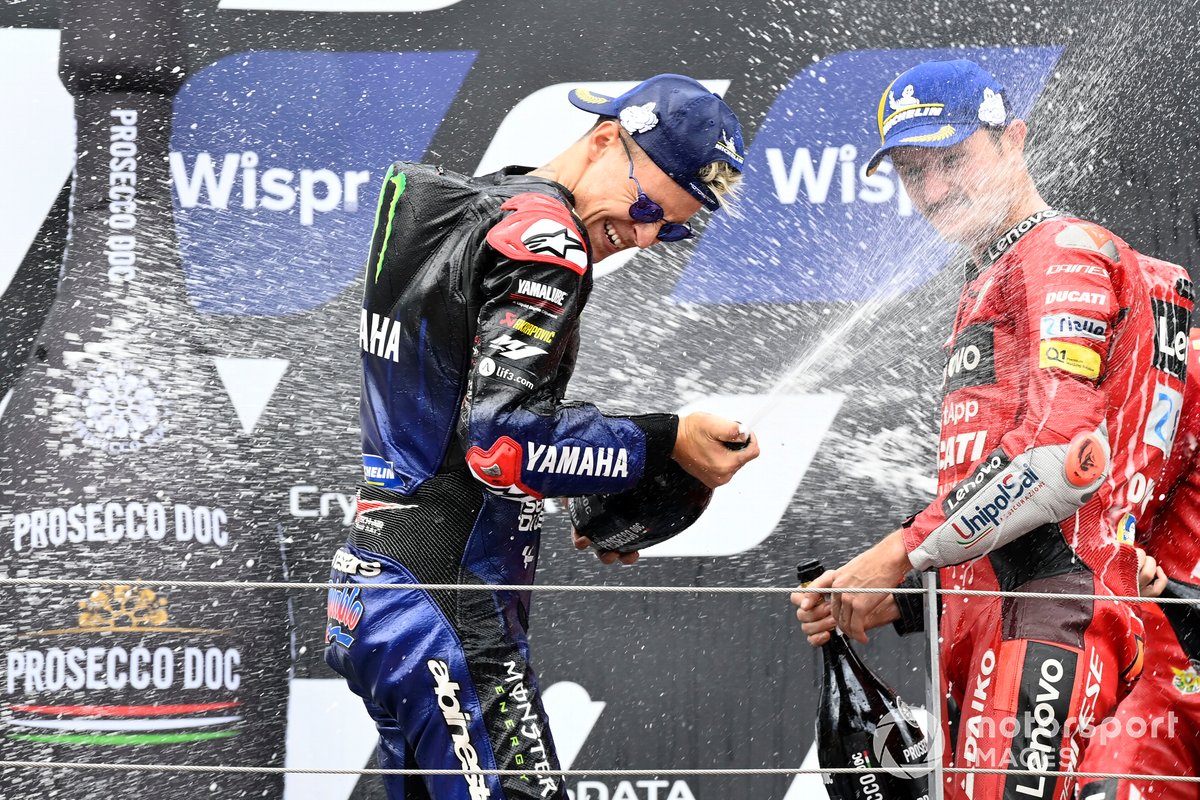 A key change to the Red Bull Ring in 2022 was the addition of a chicane at Turn 2 for safety reasons.

This killed off one of the main acceleration zones that would have caused problems for Yamaha in previous years, with Quartararo admitting the nature of the chicane definitely helped him in his battle with the Ducatis.

It was at the chicane Quartararo pulled off a daring move on Ducati’s Jack Miller in the latter stages to take second from him having started fifth on the grid.

“Well, of course it helps because like I said this weekend the final laps, I could stay with Jack in second, third gear, fourth and then he was pulling a little bit away,” Quartararo said when asked if the new chicane helped him in the race.

“Then four, five six [gears] is where we need the power, where we miss.

“And the chicane, at the end, you arrive in fourth gear.

“So, at the end we had a gear super short and it was helping us to stay with them. We used sixth gear in two places where normally it’s in one.”