Yamaha’s Fabio Quartararo admits he was “really not happy” after qualifying for the MotoGP British Grand Prix as he was “not comfortable” on soft tyres despite securing third.

Quartararo has been in dominant form throughout the Silverstone weekend, ending Friday over half a second clear of the field and immediately setting the best lap of the event of 1m58.990s on his first flying lap in qualifying.

However, the Frenchman would be shuffled out of pole by Honda’s Pol Espargaro and the Ducati of Francesco Bagnaia, albeit by just 0.036 seconds.

In parc ferme, Quartararo said he suffered with a lot of “shaking” on his M1 on soft rubber, but was at least confident in his race pace for Sunday.

“To be honest I don’t feel good with the bike,” Quartararo admitted immediately after qualifying.

“On the [race] pace it’s good, but on one lap the bike shaking everywhere and I feel not great.

“We need to see why because honestly, I’m on the front row but I’m really not happy because I felt like I’m not feeling comfortable on time attack.

“But the most important thing is we are fast on the pace, so let’s see what we can do. But I think we can do something really good.”

In the press conference later in the day, Quartararo added: “Today I’ve been struggling so much with the soft tyre, even this morning. 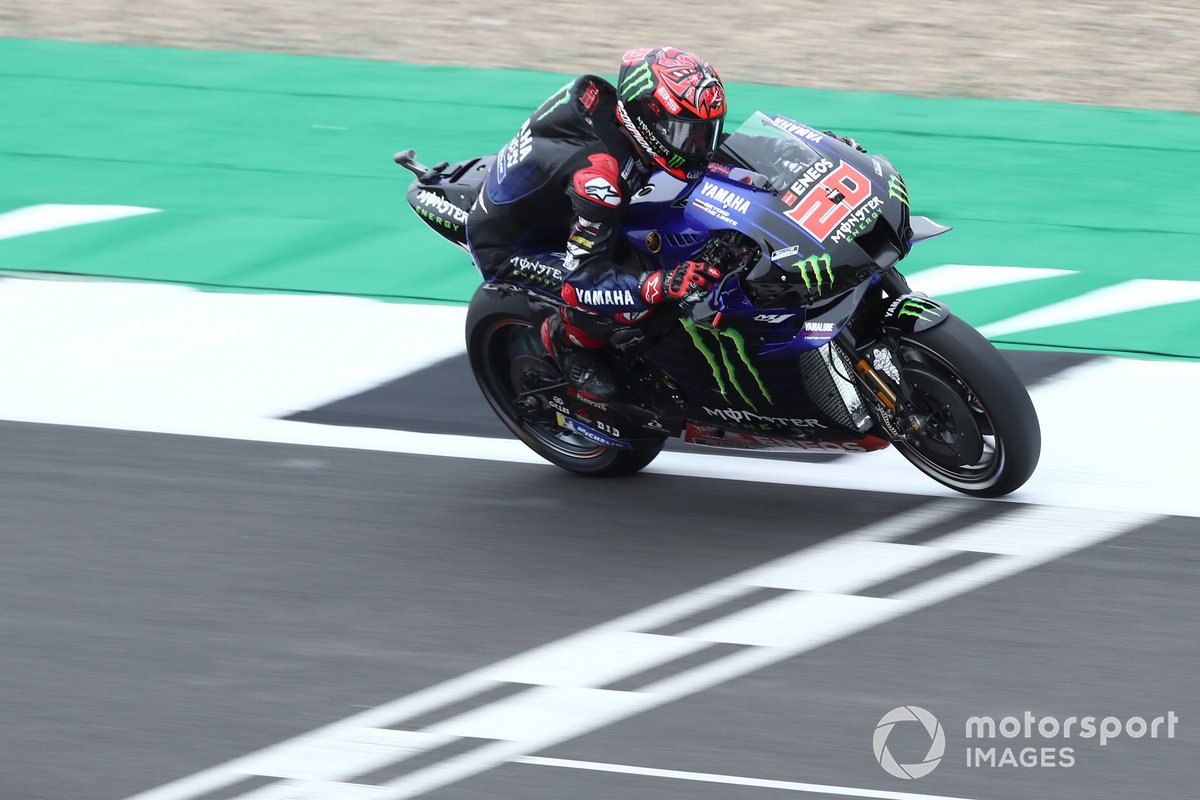 “I had the chance to do two time attacks in FP3 and I was not feeling great on the bike.

“With the medium tyre it was immediately better and normally in time attack you put in a soft tyre.

“With our bike, everything goes much easier but just with more grip.

“But today it was not the case, and I was struggling so much in acceleration.

“In the end the goal was to be on the front row, and we will not touch the soft tyre anymore.

“So, I’m feeling happy because in FP4 in the first run I was pushing well, and in the second run I was riding more smooth and the lap time was coming also. I’m happy about my pace and with my tyres.”

Quartararo is still walking with a limp on the ankle he hurt in his FP2 crash on Friday afternoon, but says it’s still not giving him any trouble on the bike.

“The ankle feels ok on the bike, so that’s the most important thing,” he said.

“I’m just struggling to walk, but on the bike it’s ok. For the race we’ll be ok.

“I’m just going to the Clinica [Mobile] to get some ice and some treatment with the physio, but everything is ok.”