MotoGP championship leader Fabio Quartararo revealed he was involved in a scooter crash on his way back to pitlane after his Aragon Grand Prix collision with Marc Marquez.

The Yamaha rider was jumped off the line into Turn 1 by the returning Marquez, who hadn’t raced since he went for surgery on his right arm following May’s Italian GP.

Marquez had a slide on the way out of Turn 3 on the opening lap and caught Quartararo unaware, with the Yamaha rider spearing into the back of the Honda.

Quartararo was taken out on the spot and suffered some burns to his chest from sliding along the asphalt, but escaped serious injury despite his stricken M1 clobbering him.

On his way back to his Yamaha garage, Quartararo revealed he was involved in a second incident when a marshal crashed head on with the scooter he was on – but once again escaped injury.

“Sore and burned, but shame because it’s the first time I feel good in Aragon in many years and crashing in the third corner was not the best,” Quartararo said when asked how he was after the crash.

“But I’m having tough last races, but still motivated to do more in the next races.

“After the crash a marshal hit the scooter. I had a second crash. It was quite fast actually.

“Luckily, I didn’t take off my helmet.

“But the marshal just hit face to face with another scooter, quite fast, luckily I didn’t have anything from that crash.

“But everything I have [injury-wise] is from the first crash. The marshal I think is a little bit sore also.” 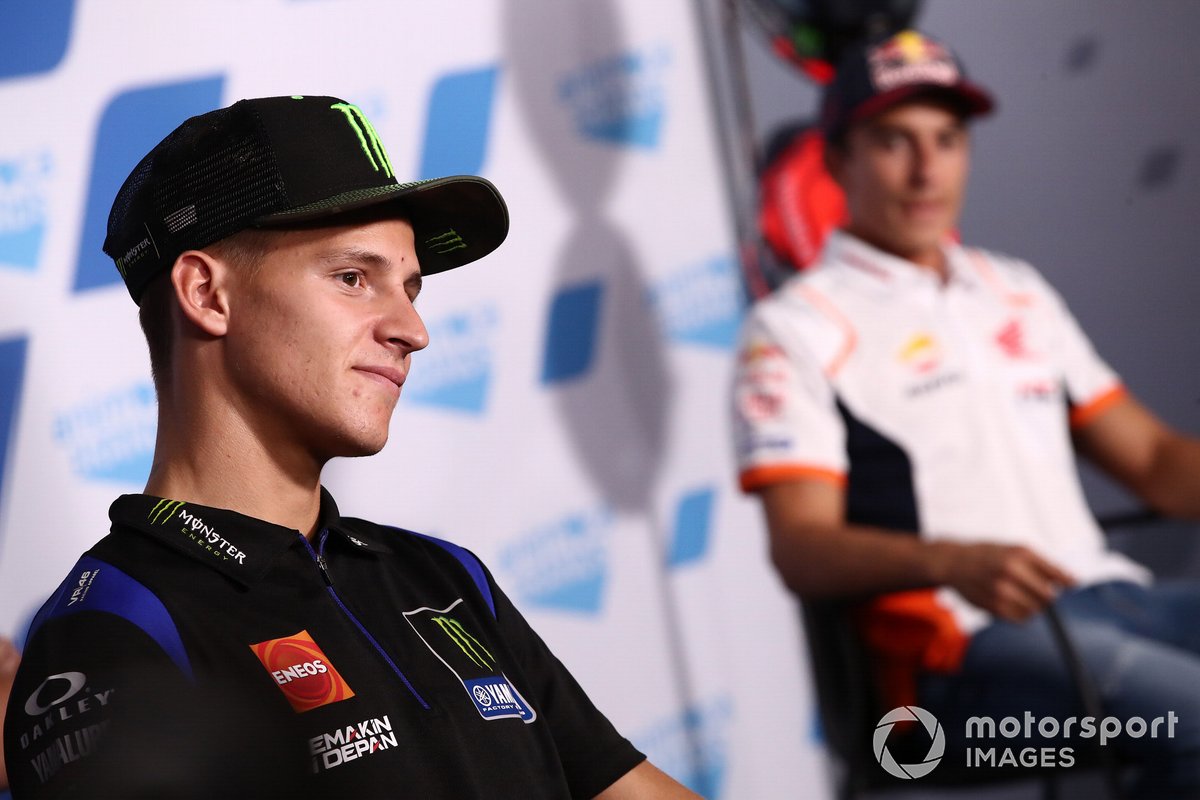 The Frenchman put no blame at Marquez’s door for the Turn 3 incident, adding: “Marc turned so well but also had a slide.

“I had better traction and I didn’t expect him [to be there] and I just hit him in the back. I don’t remember exactly the situation, but it’s a shame that just in the third corner.”

Quartararo is now only 10 points in front of Ducati’s Francesco Bagnaia after the Italian finished second to Gresini’s Enea Bastianini in Sunday’s thrilling Aragon GP.

Despite this, he has taken solace in the fact he was actually competitive at Aragon for the first time and believes without the crash he could have fought with Aprilia’s Aleix Espargaro – who is now just 17 points away in the championship – KTM’s Brad Binder and Ducati’s Jack Miller for the top six.

“I’ve always been fast but never really consistent,” he said of Aragon.

“I was super happy about my FP4, I was super consistent and fast. So, apart from the race it was a positive weekend and I’m really looking forward to going to tracks where we have not been for a long time.

“Japan is one of my favourite tracks, Thailand also. So I will push my maximum to make the best there.

“I think fighting for the top five would have been a great result.

“We know in the race we are always struggling, but low 1m48s is a really fast lap times.

“Maybe a podium was something that was possible. Fighting for the victory, we are fast in practice but we know in the race it’s difficult, but I think fighting for third, fourth, fifth, sixth we could have.”