MotoGP championship leader Fabio Quartararo says he has to make “strange overtakes” when racing Ducatis because his riding style is forced to be “totally different”.

Quartararo is leading the 2022 standings by 32 points despite riding a Yamaha that has proven only to be competitive in his hands.

The 2022 M1 in particular lacks in horsepower, which has made racing against much faster bikes such as the Ducatis a struggle for the reigning world champion.

PLUS: The signs Quartararo’s 2022 MotoGP title is slipping away from him

But the previous round in Austria saw Quartararo narrowly miss out on victory to Ducati’s Francesco Bagnaia having successfully made his way through some of the latter’s stablemates at a Red Bull Ring that exposes the Yamaha’s key weakness in power.

Having achieved this, Quartararo believes his Austria result “will help for the future” but concedes he is forced into riding in a different way when battling against Ducati riders.

“Of course, Austria was tough because when you are around [Ducati riders], I would say they all have – not the same bikes – but really similar bikes,” Quartararo said on the eve of this weekend’s San Marino Grands Prix.

“So, how they manage in the acceleration and power, they are really similar and I had to make a totally different riding style compared to them.

“It’s really difficult to make an overtake. I cannot sometimes make the corner speed I am used to making when I am alone.

“So, I have to try some strange overtakes, but of course, we are able to stay with them.

“Now the difficult thing is to overtake, but I think Austria was a great experience for me and I think it will help for the future.” 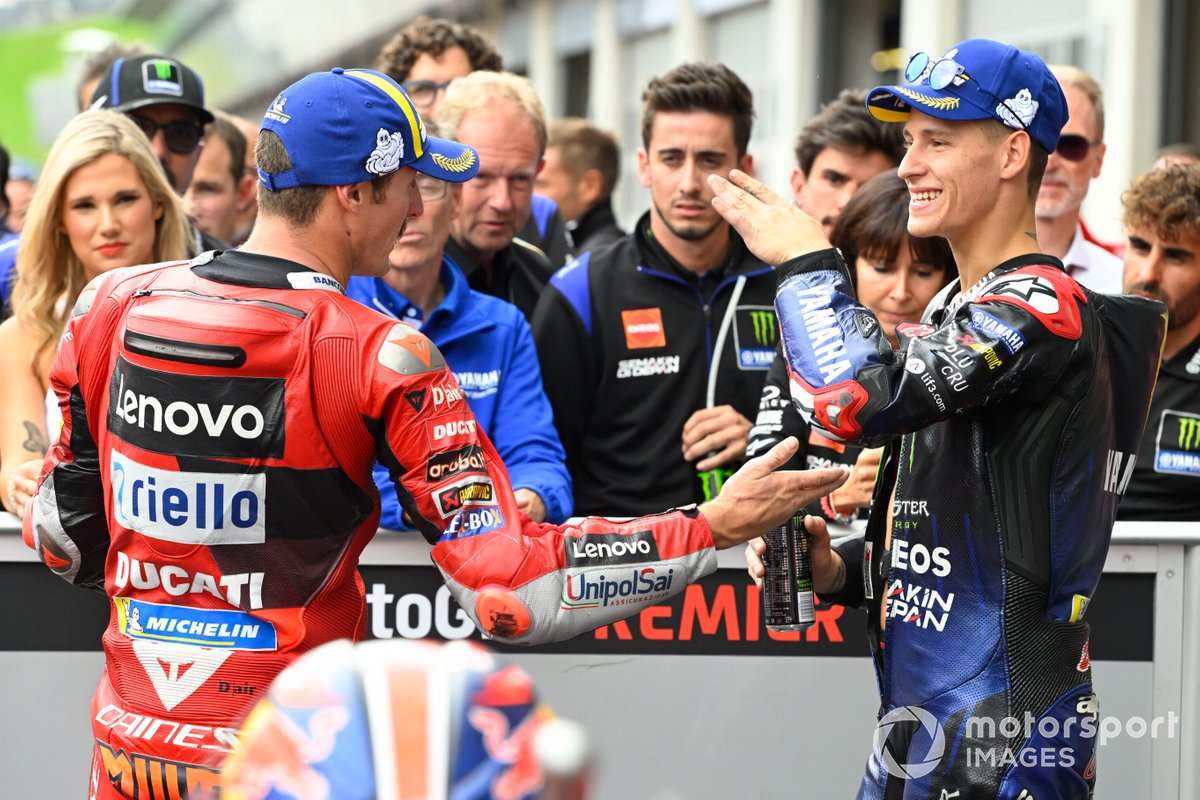 Quartararo caught and overhauled Bagnaia in last year’s San Marino GP at Misano when he used a tyre advantage to beat the Italian.

With Ducati having eight bikes on the current grid, much has been made about the marque’s potential to play a strategic game to help Bagnaia’s title hopes.

Asked if this was concerning him, Quartararo added: “I’ve seen some cool memes about that, most of all because in Austria it was pretty special.

“I was always in between, but I have many riders.

“Of course, they have almost half of the grid with their bikes, of course they have many good riders.

“But [Aprilia rider] Aleix [Espargaro] is going fast in all the circuits, so it’s not always Ducati. In Austria, I would not say was fun, but there were many Ducatis around me.”