Yamaha's Fabio Quartararo says he felt he had “nothing more” to give in qualifying for MotoGP’s British Grand Prix after finishing fourth.

The championship leader will line up on the second row on Sunday, having qualified behind poleman Johann Zarco, Maverick Vinales and Jack Miller.

But Quartararo says he was “already on the maximum” and could not have improved his best time of 1m57.938s, within 0.2s of Pramac polesitter Zarco.

However, the Frenchman is confident that despite his long-lap penalty for colliding with Aleix Espargaro in June's Dutch TT last time out, Yamaha's “top” pace and improved consistency will enable him to fight victory.

Asked by Autosport whether starting fourth complicates his race, he said: “Well, it is what it is. I mean, I made one of the best laps of qualifying this year, I feel I have nothing more.

“We want to put more power in sometimes, but we are already on the maximum.

“I feel happy about my pace also in FP4, okay with the crash of Aleix and [Takaaki] Nakagami I could not finish the lap because of the yellow flag, but I think all of our laps was on [1m]59 and this is something really positive.

He added: “Johann has really strong pace, I think he is the fastest. But I think our pace is to fight for the victory.

“Okay, long lap penalty, we don’t know which position we will finish, but at least our pace is top.” 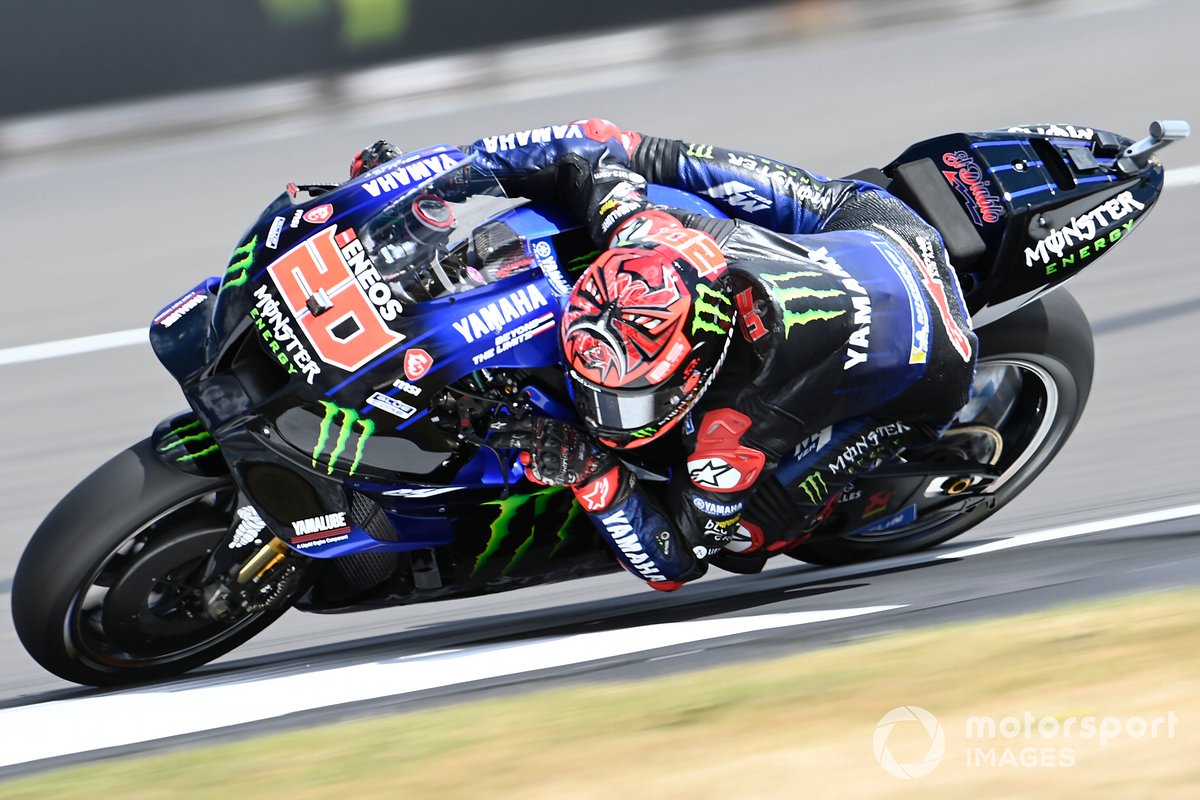 Quartararo has spent the whole weekend practicing the loop, but Espargaro felt the nature of it at Silverstone was “a joke” as the time the Frenchman was losing only amounted to around eight tenths of a second per lap.

After taking a cheeky dig on social media at Espargaro’s comments on Friday night, asking in an Instagram story how many long laps the Aprilia rider would like Quartararo to take, he said on Saturday after qualifying fourth that the time loss is much bigger than has been stated.

“We calculate, of course," Quartararo said when asked about the penalty time loss.

"Some people think we lose only 0.8s, but we lose much more.

"So at the end, it’s something that I prefer to go a little bit slower and take no risk than put myself on the limit, risk a crash or risk to make another one. It’s not one-tenth or two-tenths will change my life for 20 laps.”