Yamaha’s Fabio Quartararo says he almost crashed several times in the MotoGP San Marino Grand Prix but ‘enjoys’ being “fully on the limit” despite having to defend a championship lead.

Quartararo recovered from early battles with the Ducatis of Jorge Martin and Jack Miller to close down eventual winner Francesco Bagnaia in the latter stages.

Ultimately finishing second, Quartararo’s championship lead has been whittled down to 48 points with four races to go.

He revealed he came close to crashing at several points during his hunt for Bagnaia, but says that is when he’s “enjoying to ride”.

“Today to be honest I had three [or] four moments where I was close to being on the ground,” Quartararo said.

“One moment with Jack, where he went wide, I went wide too.

“I lost the front totally, so Pecco took a big advantage. But yeah, when I was trying to follow Pecco at Turn 2, Turn 3 and Turn 13 I was full on the limit, and honestly, it’s like this that I’m enjoying to ride.

“To catch Pecco was one thing, to overtake was another story and he’s really precise on his lines and I couldn’t make nothing.” 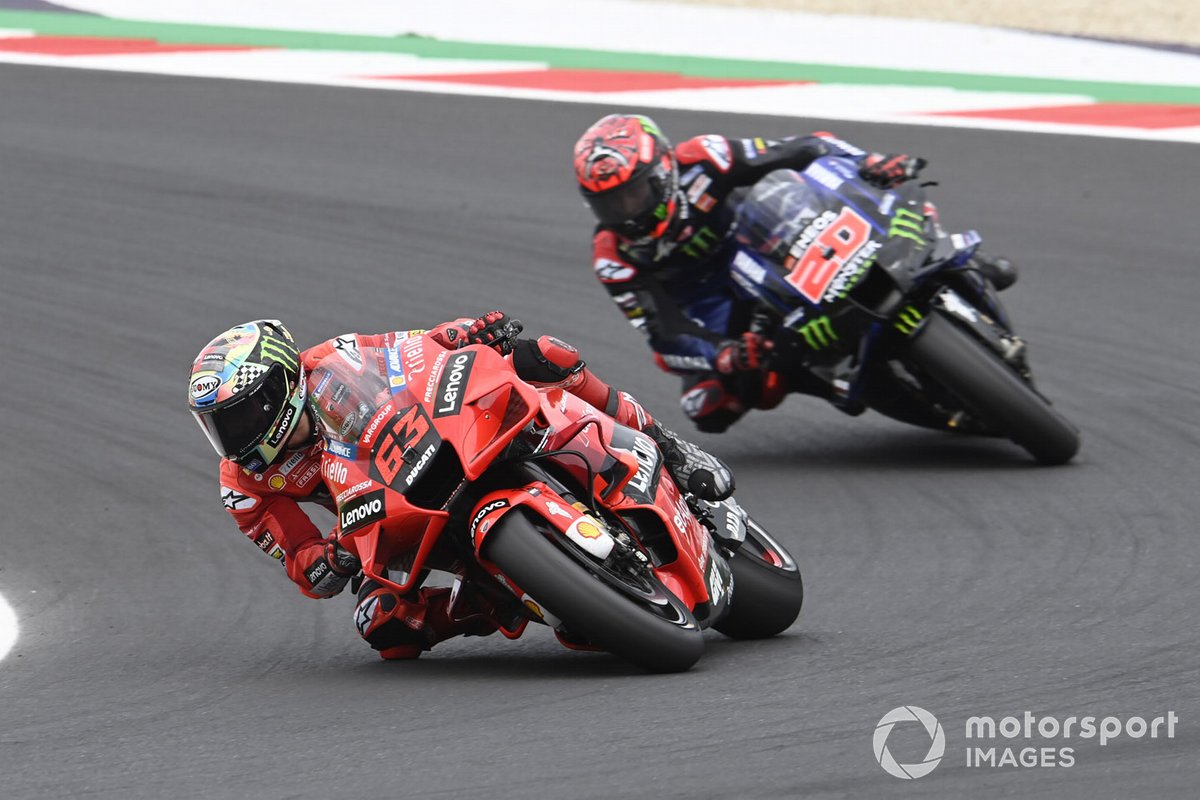 Quartararo went on to say that he felt his Misano race was “my best” in MotoGP as it was a result that came after he pushed to his absolute limit, rather than the significance it has to his title aspirations.

“Of course, a victory is totally different, but I think it’s the first time I’m that happy for a second place – not because about the championship, but because I gave everything,” he added.

“Also, in the beginning with Jack, with Martin, I was fighting against them like it was the last lap and I overtook Jack in a place where I never expected to overtake someone.

“On the last lap I was a little bit too far from Pecco because in Turns 4 and 5, Pecco was a bit stronger than Jack and I wanted to overtake in Turn 6 but I was too far and I had a lot of spin.

“And then in sector three, he was like [he was on] a time attack on the last lap of the race.

“The lean angle he had on Turn 12, I said, ‘OK, it’s the moment to keep calm’. This was a really nice race and that I enjoyed the most.”