Fabio Quartararo says “I don’t need to get obsessed” with winning the MotoGP title now, after second at the Grand Prix of Americas has given him his first match point.

The Yamaha rider followed runaway race winner Marc Marquez home at the Circuit of the Americas in second and crucially finished ahead of nearest title rival Francesco Bagnaia in third.

This extended Quartararo’s championship lead to 52 points, meaning he can for the first time in 2021 win the title at the following round at Misano should he leave Italy with at least a 50-point margin in the standings.

But when asked if his approach to the Misano race will be the same as always this season, Quartararo said: “Yes, exactly, and I think I don’t need to get obsessed with that [winning the title].

“I mean, we have good points of advantage in the championship and I don’t need to think I need to take it in Misano, because last time at Misano Pecco was super strong.

“So, I will do my best there. If we achieve it there, it’s fantastic.

“If not, we will have another chance, so just being more calm and the experience I take this year is every time higher and higher. So, happy to live this moment.” 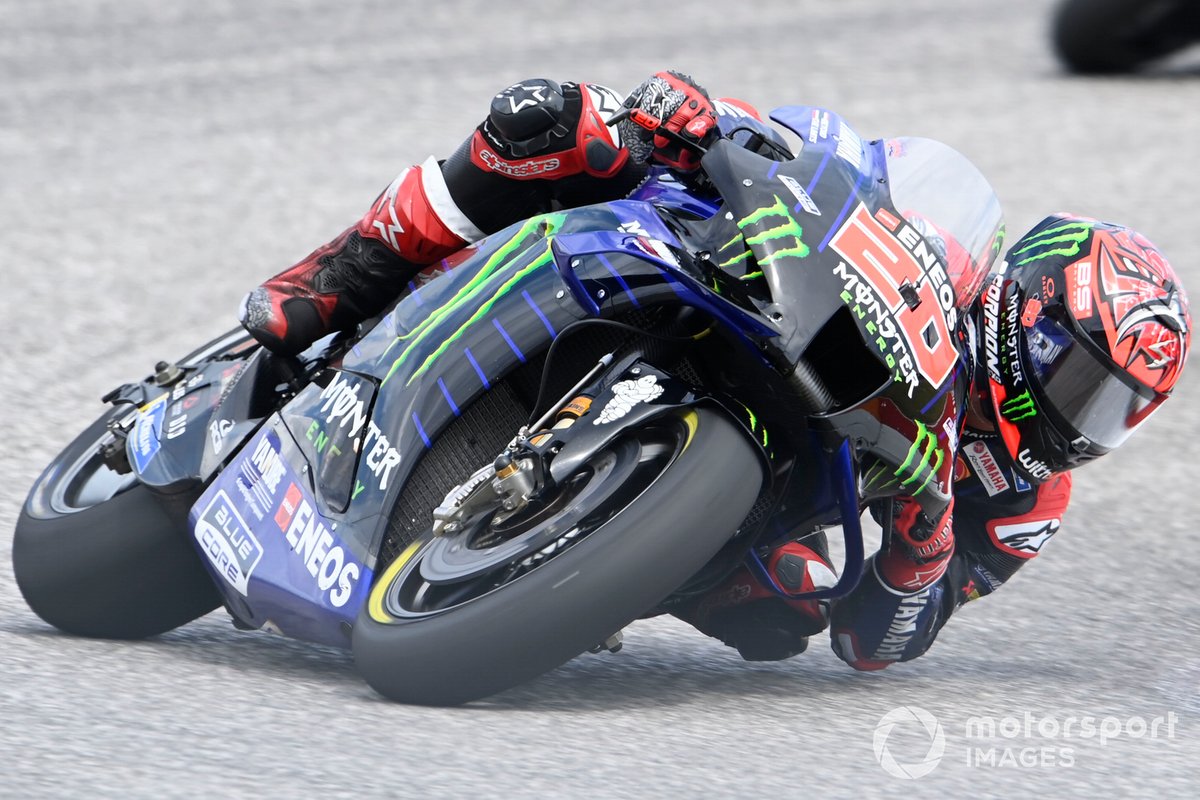 Quartararo did concede his second at Austin was “the best” of his career as he was feeling “more stress” before the start.

“Yes, was the best second place I did in my career for sure, because before starting that race I was feeling a little bit more stress to be honest,” he admitted.

“But from the first corner, as soon as you start the race, the stress is off and I did a really good race, and really happy because Pecco was super strong during the last two races when he scored 50 points.

“It’s great to finish in front of him in this track, so really happy about my result.”

Quartararo was keeping Marquez in check in the early laps of Sunday’s race, though the Honda rider was controlling the pace before eventually pulling away.

The championship leader says he did try to go with Marquez, but his used tyre pace simply wasn’t as strong as the Honda man’s.

“I tried, because I had a big group behind and Jorge [Martin] tried to overtake me in Turn 1, and my only solution to try to have a better race was to push and I pushed,” Quartararo added.

“But I didn’t have all the weekend the pace of Marc, especially with used tyres, I was struggling.