KTM has "improved massively" during its debut MotoGP season, according to lead rider Pol Espargaro

The Austrian manufacturer occupied the final two places on the grid for its full-time debut in the category in Qatar at the start of the season, but it has gradually reduced its deficit to the rest of the field.

Espargaro credits recent progress to a series of small changes made to the bike, rather than one major upgrade or development that has made all the difference.

"It's a bit strange because we didn't change super big parts," he said at Silverstone, where he was 11th fastest in qualifying and finished in the same position after briefly moving forward at the start.

"The parts we change, every time we improve, but we didn't feel like we are doing that. "We change small pieces that we think maybe are better, we gain a bit on the engine, power management, even some chassis changes, forks.

"When we do those changes the improvements feel small, but together they are really big.

"It's super-interesting, because we have improved massively."

While tyre life prevented Espargaro from hanging onto a top 10 place at Silverstone, where he felt his start raised expectations too much, he drew comparisons with another hot race at Barcelona, where KTM struggled.

"I struggled quite a lot by the end and I couldn't make a good laptime, but no apologies," he said.

"We could fight at the beginning with full grip, we tried, we learned a little bit more, and we are faster.

"We had the same conditions as in Barcelona where we arrived 50 seconds from the top, here we are 30 off.

"It will not come easy, but we are improving."

The manufacturer's deficit to the ultimate pace round-by-round

On the Silverstone performance, KTM team manager Mike Leitner added: "If you'd said at the start of the weekend we'd be 11th and only 30 seconds from the winner, I'd have signed on the line immediately.

"We've never been here before, and in four [practice] sessions it's very difficult to bridge the gap to the other manufacturers who have been here for seven years.

"We only have one remaining track this year where we haven't been testing before - Motegi - so we hope we'll have a better build up to the weekend at the other five tracks."

Espargaro's team-mate Bradley Smith switched crew chiefs ahead of the British GP, and said the reshuffle means he has to adapt to ride the bike in a similar way to Espargaro and test rider Mika Kallio, who shone on a recent wildcard outing in Austria.

"We're using very similar settings to what Pol and Mika have been running the last few weekends," he said.

"It's the one that seems to be working on this bike.

"It takes a while to get used to, it's not something that straight away you can do it because you're not used to the sensations that you get from the bike. But things seem to be going in quite a positive direction." 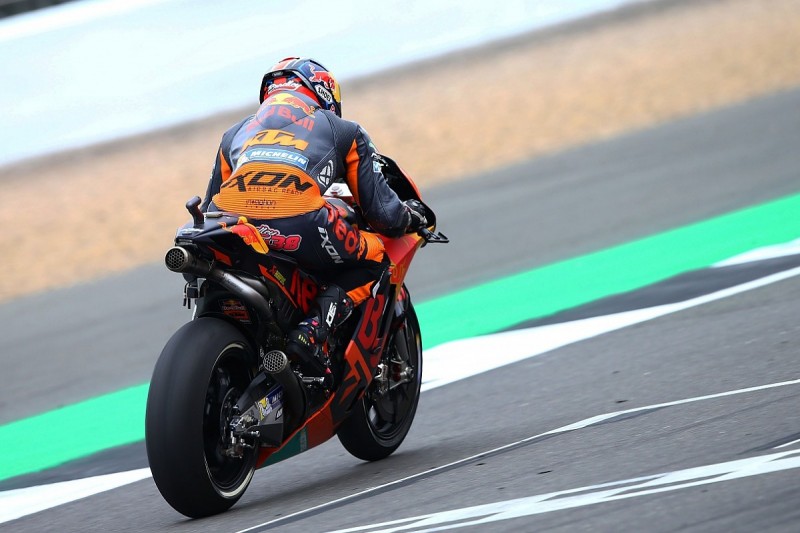