Double MotoGP race winner Danilo Petrucci says he is “too big” for the KTM he is riding in Tech3 colours this year and likened it to being on a Moto3 machine.

The Italian has taken over the Tech3 seat vacated by factory rider Miguel Oliveira after the Italian lost his place at Ducati for 2021.

Tech3 managed to win two races in 2020 courtesy of Oliveira, but has endured a difficult start to the 2021 campaign with Petrucci.

He qualified 21st and 17th for the opening two rounds in Qatar, crashing out of round one at the second corner and struggling to 19th in last weekend’s Doha Grand Prix.

Petrucci says he is using an “extreme” set-up on his KTM which gave him a better feeling for the Doha race, but the paddock’s tallest rider says his size was costing him under acceleration and forcing him to overstress his front tyre as he tried to recoup lost time in braking.

“I felt really, really good and we saw something better in practice,” Petrucci said after the Doha race.

“But the fact was the first lap, I cannot really stay with the top guys because everybody passed me because I notice on acceleration since [warm-up] that we lose too much.

“Every acceleration, a rider gets in front of me.

“Braking is good, but this means I always enter into a corner with too much speed and since lap three the tyre is really hot. We have to work on this.

“For sure we went with an extreme set-up for KTM for my size, and maybe my size is too big for the bike because I was looking at some photos and I am really… let’s say, it seems like [I am riding] a Moto3 [bike]. 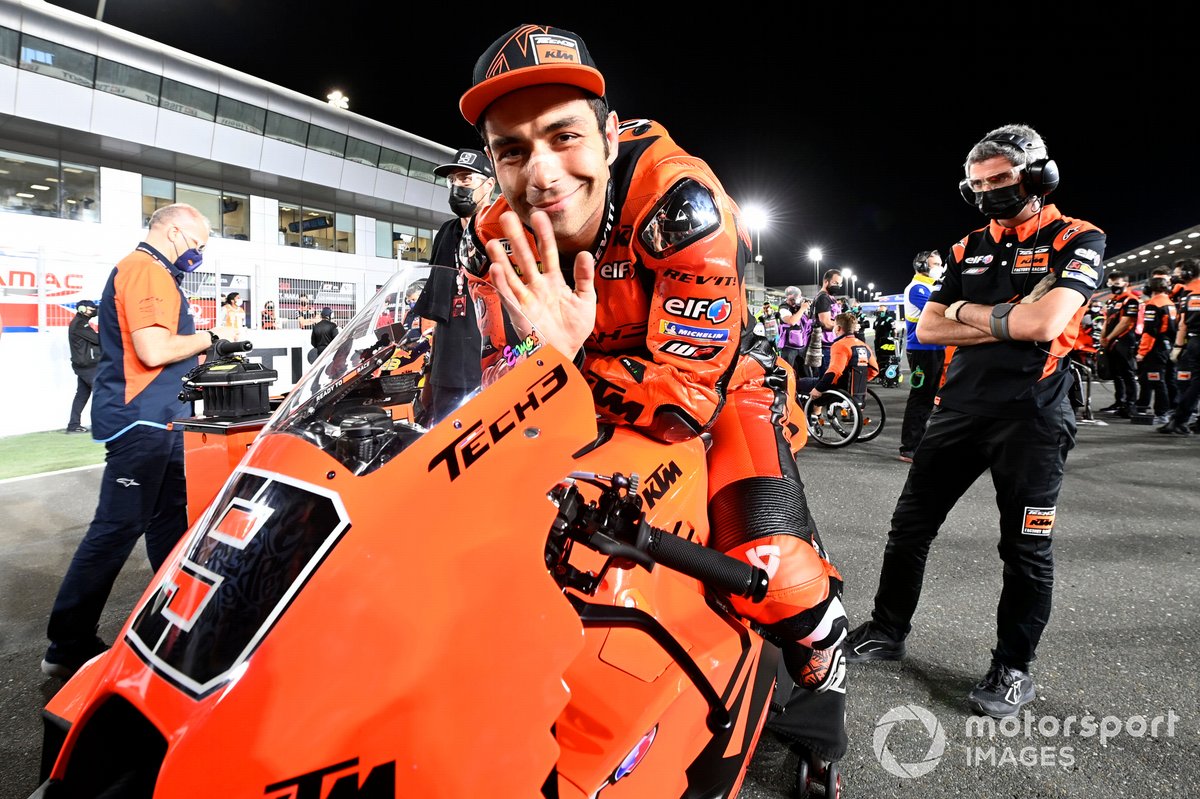 “For a few laps it’s ok, but compared to the other riders especially when they have a slipstream I can’t even stay in the slipstream and this is a problem for the race, especially when we have a long straight like in this track.”

Despite this, Petrucci says he likes the RC16 “a lot” but admits he “didn’t expect” to struggle so much in the opening races.

“I’m happy about the progress we made, but I’m absolutely sad about the results,” he added. “I was expecting more for sure.

“On a few laps I’m ok, but really from the third lap I started to fight with the bike, especially with the tyre temperature.

“I like the bike a lot and I can be fast, because in some sessions I was fast. But on the pace, it was difficult, I didn’t expect that.”