Danilo Petrucci has revealed he’s targeting a switch to rallying and wants to compete in the Dakar on two wheels should he lose his Tech3 KTM MotoGP seat for 2022.

The double MotoGP race winner’s place at the Tech3 squad is under threat, with KTM Moto2 rider Raul Fernandez expected to step up and join Remy Gardner at the team next year.

Petrucci says he hasn’t had any discussions with KTM yet about 2022, but only wants to race with the Austrian manufacturer.

Should he ultimately lose his ride, Petrucci says he is not currently entertaining a switch to World Superbikes as he feels his height – and this his added weight – will be even more of an issue on a production bike.

In an exclusive interview with Autosport, Petrucci has revealed he wants to switch to moto rallying if 2021 is his last season in MotoGP and says racing in the Dakar Rally is “my target”.

“First of all, I want to be competitive with KTM and continue as long as I can with them because they really gave me a big opportunity,” Petrucci said.

“Then, in the other hand – this is my biggest pro and my biggest disadvantage, to be always honest – let’s say I’m the first to understand if I’m not competitive anymore, I’m not having fun and it’s not good for me and not good for KTM.

“So, I haven’t talked with no one in MotoGP because if I continue in MotoGP, I want to stay in KTM. 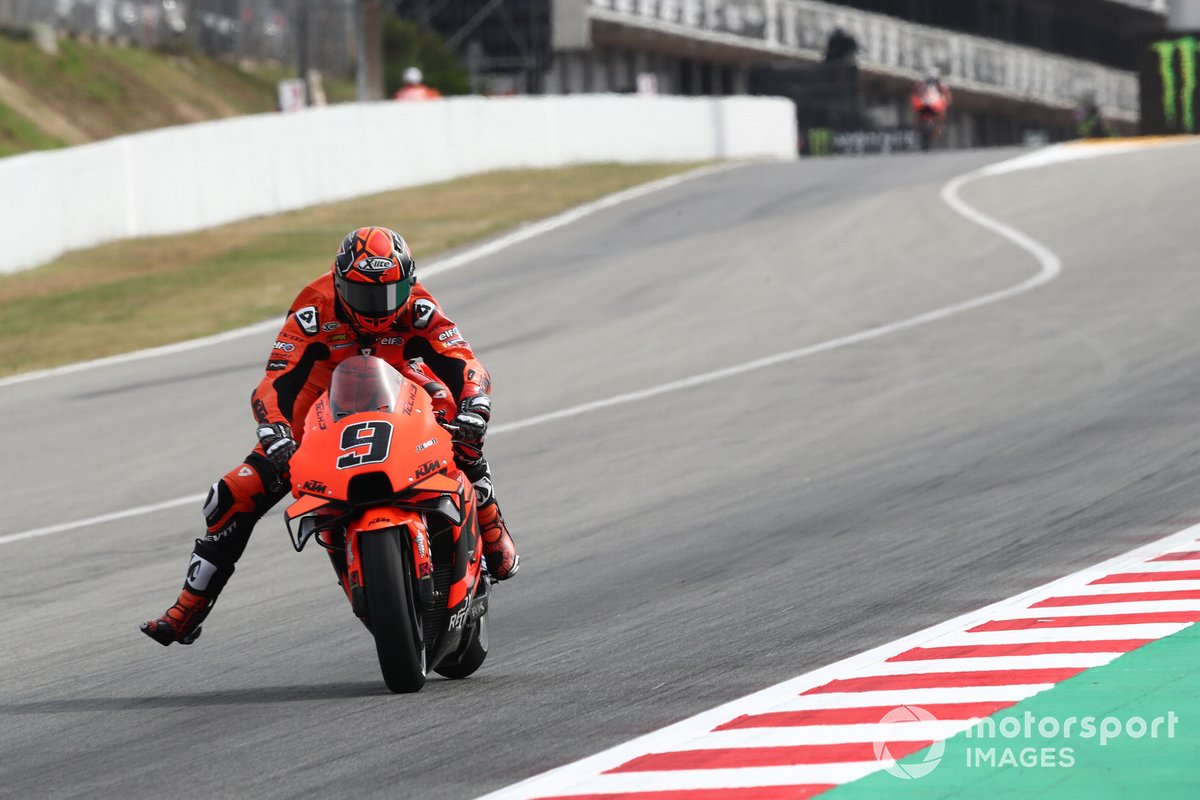 “Then, I have no talks with Superbikes because maybe the problem is even bigger for me regarding the size and the weight. It’s not a thing that I want to try.

“A thing that I’ve wanted to try for a long time is completely switch, as my career has been unique, I want to go to rally and I want to try them because I’m quite good on off-road.

“I already tried to navigate and let’s say if I cannot go faster, at least I can go longer.

“I want to try, I’m quite old for MotoGP but not for moto rally and I still have time to learn.

“Let’s see what the future brings to me. For sure at the moment I want to be competitive here.”

When asked if we could see him race the Dakar, he added: “It’s my target. For sure, if you told anyone this 15 years ago no one would trust me because everyone who gave me a chance to ride a Superstock bike said ‘no, you are too big for road racing’.

“After 15 years I won in MotoGP, so I can maybe change again and let’s say make some surprises.”