In its second season back in MotoGP after a three-year absence, Suzuki claimed its first victory since 2007 with Maverick Vinales in last September's British Grand Prix.

Vinales took three other podium finishes during the year and finished fourth in the championship, behind Honda's Marc Marquez and Yamaha pair Valentino Rossi and Jorge Lorenzo. Team-mate Aleix Espargaro matched his 2015 position of 11th.

Suzuki scored 56.37% of the points of the manufacturers' championship winner, Honda, compared to 33.66% in its first campaign back.

"I think we should be satisfied and we should be happy with what we have done," team boss Davide Brivio told Autosport.

"We didn't really fix clear targets, clear expectations before the season but the highlight of the win in Silverstone has been great for us, a fantastic achievement.

"We scored four podiums in total but the most important thing - we reached one target - was to come close to the top group and try to fight for the podium sometimes.

"In the second half of this season, we clearly reached this target because in the dry we were regular podium contenders, in the last five, six, seven races, with both riders.

"It has been a very good season from this perspective." 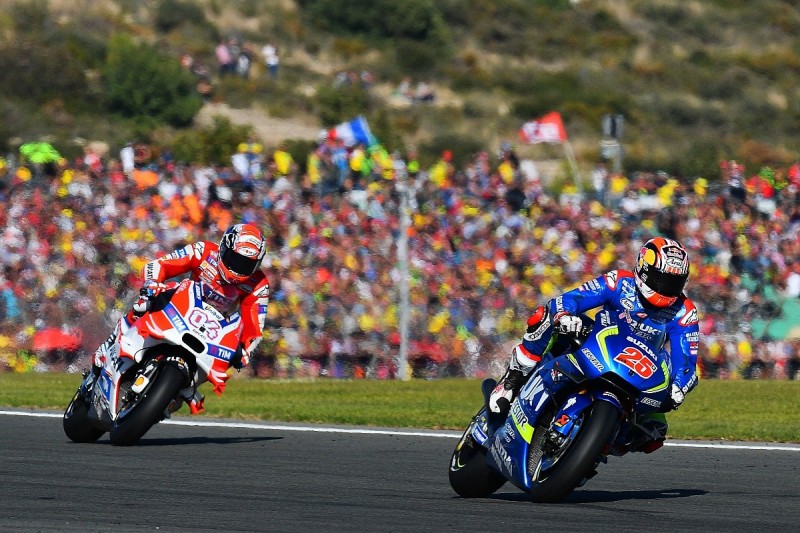 Brivio joined Suzuki in April 2013, when it was initially targeting a MotoGP return in '14, and led the testing and development programme that preceded its racing comeback.

In addition to Suzuki's success Ducati won two races last season, making 2016 the first year since '10 that manufacturers other than Honda and Yamaha had taken wins.

"We never said 'we want to win in three years, in five years or whatever'," Brivio added.

"Clearly we would like to be a championship contender as soon as possible.

"The target was to get close to the Ducati and then close to Yamaha and Honda.

"Normally we started the race with the possibility to fight.

"Now the next step is to maybe be regularly race win contenders.

"Of course this is the most difficult part but that's what we have to do next."