Aleix Espargaro says it’s “not fair” that Aprilia is showing the strongest MotoGP form it ever has so far in 2021 after the death of long-time team boss Fausto Gresini.

Double 125cc world champion and veteran team boss Gresini passed away in February after a two-month battle with COVID-19.

MotoGP has carried several tributes to the late Italian since, including a moment of silence ahead of the Qatar Grand Prix, while Aprilia – whose factory entrant is run by Gresini Racing – carries its late team boss’ name on its RS-GPs.

Ahead of last Sunday’s race in Portugal, MotoGP joined together with the Formula 1 paddock in Gresini’s hometown of Imola for a minute of silence.

Espargaro finished just 8.8 seconds from the win in Portimao, with his sixth place finish only the sixth time Aprilia has recorded a top-six finish in MotoGP. The result also put him sixth in the championship.

Speaking after the race, Espargaro said the turn of speed Aprilia is showing with its new RS-GP in 2021 is making him “angry” that it is happening without Gresini there to share in the celebrations.

“I’m proud about what we are doing, I believe he is watching,” Espargaro said of Gresini.

“But I feel very sorry because it’s my fifth season here and why does it have to be the season that I’m fast like this without him?

PLUS: Why 2021 is Aprilia's most important season

“It’s not fair, I’d really love to see his face after I arrive to the garage after a race like this.

“Fausto believed a lot in my potential. I think one of the team managers that believed more in my talent from a long time ago. 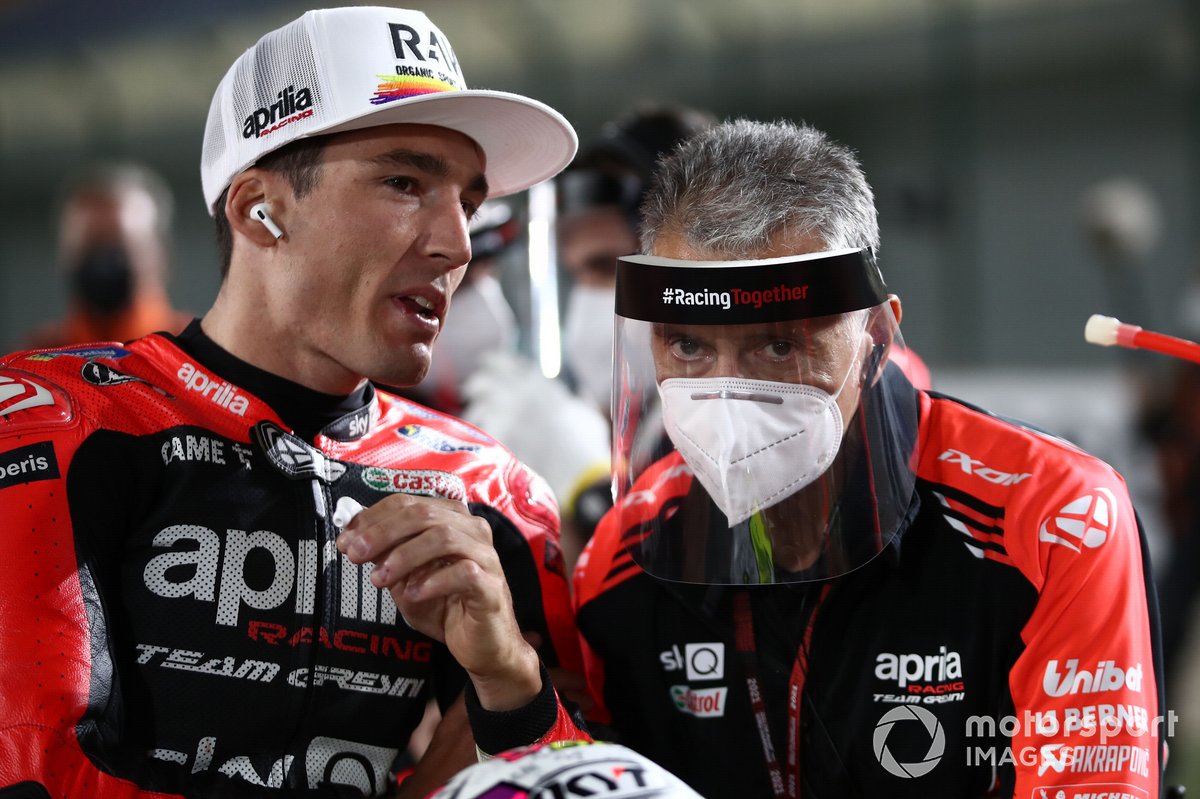 “So, now I’m fighting at the top with his bike and his project but he’s not here, it makes me a little bit angry.

“But, anyway, I’m sure what we did for him between MotoGP and Formula 1 is just one more example of how big Fausto was, how important Fausto was.”

Espargaro says he thought he’d be closer to the podium in Portugal, but a lack of grip in the hot temperatures compromised his performance.

“I think step by step, the season is very long,” he added.

“We’re P6 in the championship, I fight in the podium group in the three races more or less and this gives me a lot of confidence.

“Step by step I will be able to improve my confidence and fight for the podium.

“Sincerely, after the warm-up, I was quite sure I was able to fight for it, but I had no grip due to the track temperature and I spin a lot.

“Anyway, I’m happy overall with my performance. To go top six in MotoGP with Aprilia is something important, but I think Jerez we can be even closer.