Former MotoGP champion and current Honda World Superbike factory rider Nicky Hayden is in a serious condition, having sustained injuries in a road accident while cycling in Italy

Hayden, 35, was riding with friends on a road close to Rimini on Wednesday when a road car collided with his bicycle, the American ending up on the hood of the car and impacting against its windshield.

He was rushed to a hospital in Rimini with severe head and chest trauma - and remains in a serious condition.

An update offered by doctors on Wednesday evening said Hayden was in an intensive care unit, having suffered a diffuse brain edema.

Hayden was a MotoGP mainstay between 2003 and 2015, having raced for the Honda and Ducati factory teams, as well as then-Honda privateer outfit Aspar.

He famously pipped Valentino Rossi to the 2006 MotoGP crown and scored a total of three premier class wins - all with Honda.

Although he featured in MotoGP as recently as last year, subbing for Jack Miller at Marc VDS Honda and for Dani Pedrosa at the factory Honda team, Hayden has focused on World Superbikes for the past two campaigns.

He finished fifth in the championship last year, securing Honda's only win of the season in Malaysia, and currently sits 13th in the 2017 standings. 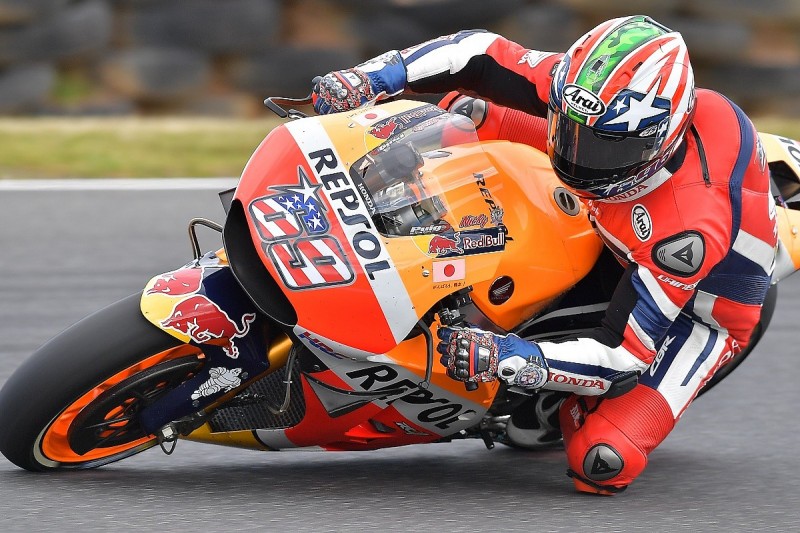