Hayden left MotoGP at the end of 2015 after 13 seasons, switching to the World Superbike Championship with Honda, but will stand in for the injured Dani Pedrosa in this weekend's Australian Grand Prix.

The American entered MotoGP with the factory Honda outfit in 2003, and left for Ducati at the end of '08, after one title and three grand prix victories.

"When I went into the box this morning, seeing my numbers on the bike, it was almost emotional for me," he said of his Thursday at Phillip Island.

"As I said to the team, I have a good history there, Honda's been so loyal to me.

"I want to thank my World Superbike team and sponsors, because as easy as it sounds, 'oh, just jump on a flight and ride the bike', you've got a lot of conflicting sponsors and contracts that have to be worked out.

"The Repsol team, they've set the bar for a lot of years, they just added another title, I'm very proud to be among that.

"More importantly I need to do a good job, it's one thing to go sit on the bike and take some pictures, but starting tomorrow I need to get my head down and open the throttle." 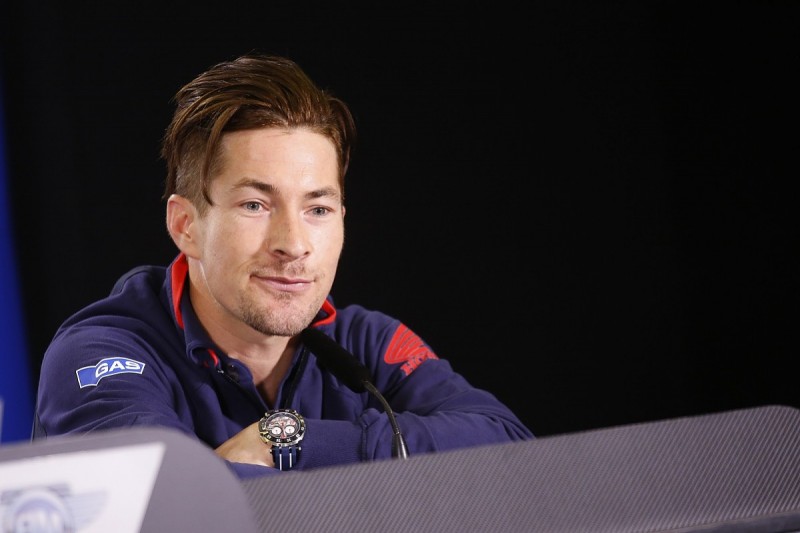 The Australian GP will be Hayden's second MotoGP outing of the year, having stood in for the injured Jack Miller at Marc VDS in the Aragon GP in September.

There, Hayden grabbed a point with 15th and gained experience of Honda's current RC213V, and he admits the transition back to his World Superbike machine was tricky.

This weekend's race sits between the last two WSBK rounds, Jerez last weekend and Qatar next, and Hayden is fifth in that championship.

"At Magny-Cours after coming back from Aragon, I didn't really have a good Friday adjusting back," he said.

At 35, Hayden is 12 years the senior of newly-crowned champion Marc Marquez, and has been impressed by what his temporary team-mate has done this year.

"We already knew how fast he was, how aggressive, but he showed another card he had with the consistency, being smart and mature," he said.

"He deserves the title."