MotoGP banned aerodynamic winglets, which had been pioneered by Ducati, at the end of 2016 on safety grounds.

Manufacturers subsequently compensated for the loss of winglets with aerodynamic fairings, with Ducati developing the most aggressive version.

Having initially been more conservative than rivals, Yamaha tested its own radical fairing at Valencia.

It featured sharp edges comparable to the element of the banned designs that prompted the safety concerns, leaving Dovizioso frustrated. 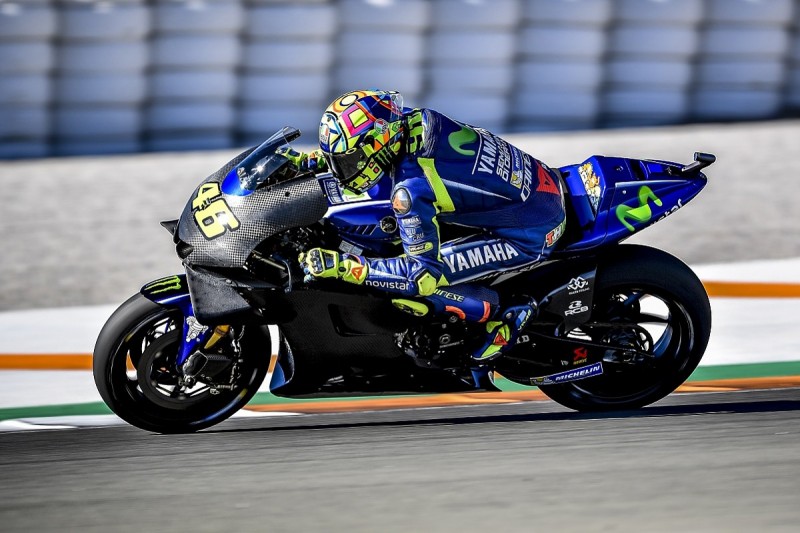 "I don't want to create controversy, but there is only one possible interpretation: we were told that the wings are forbidden because they are too dangerous, and these fairings today are more dangerous than those wings," said Dovizioso.

"I agree with the current regulations, but [the new fairings] prove that the reasons taken back then were a farce.

"So it shows that the real reason of the ban of the wings was to limit the progress Ducati."

Maverick Vinales defended the new fairing and said it made the Yamaha clearly better.

"Aprilia is doing the same, and Ducati, so I don't know if it's according to the rules.

"We know for sure that the fairing is much better."

Redding expected Aprilia MotoGP bike to be 'easier' after Ducati