New Honda MotoGP bike even more physical than in 2016 - Crutchlow

Having ridden Yamahas for Tech3 and spent a season on the factory Ducati, Crutchlow found Honda's bike the most-physical he had raced in the series when he joined LCR in 2015.

The Briton felt it became more difficult to ride last year, and says the level of physicality has gone up again in pre-season testing, as the Japanese manufacturer introduces a revamped engine for its RC213V.

"It's physically even more than last time and nobody else can ride that bike let alone this bike because it's so physical compared to what they're used to.

"And now, this one is worse, but the lap time is there. Maybe we just have to suck it up and deal with it again.

"It's like another 20% [more physical]. Over the years, I've run heart-rate monitors and that sort of thing and I know the physicality of riding the Yamaha and with that your heart rate goes down.

"I'm probably, on average now, 16 beats a minute more on track than the Yamaha and 14 beats more than the Ducati.

"And my heart-rate training's not going up, it's going down. The physicality is a lot."

Honda started testing its first 2017 engine late last year, but has been evaluating another different specification since the winter break.

Based on the promise it has shown, despite its limited integration with the ECU, Honda is understood to be focusing on the newer version for the season ahead. 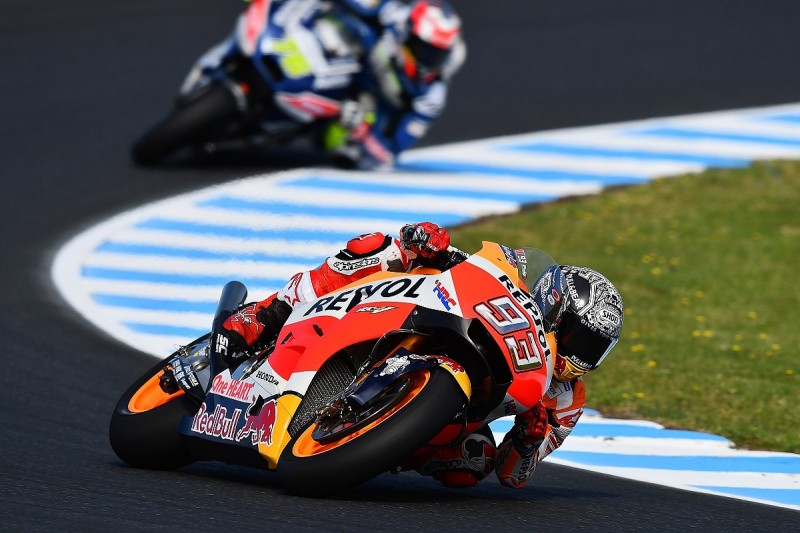 Marquez and Pedrosa have subsequently completed a private test at Jerez, as Honda looks to lock in its engine specification before this month's homologation date, and Crutchlow expects the early part of the year to require hard work.

The final pre-season test starts in Qatar on Friday, ahead of the Losail season opener on March 26.

"We've picked an engine up and just bolted it into a normal chassis, and a lot of the time it doesn't work like that," he said.

"It's going to take a lot more than just what we're doing now.

"In the end, Qatar maybe we'll learn some more but I think it's going to be a bit of a learning start to the year.