The radical new Ducati MotoGP fairing used by Jorge Lorenzo at Brno on Friday is only a part of the bodywork package the Italian firm has had homologated, Autosport has learned

Current MotoGP rules restrict the evolution of aerodynamics indicating maximum and minimum dimensions for the new-generation fairings that have replaced the now-banned winglets.

But according to Ducati's interpretation of the regulations, it isn't specified if the fairing has to be created from a single element.

This is something we have seen on the Yamaha bikes of Valentino Rossi and Maverick Vinales, which use different elements inside its external bodywork, depending on the circuit. 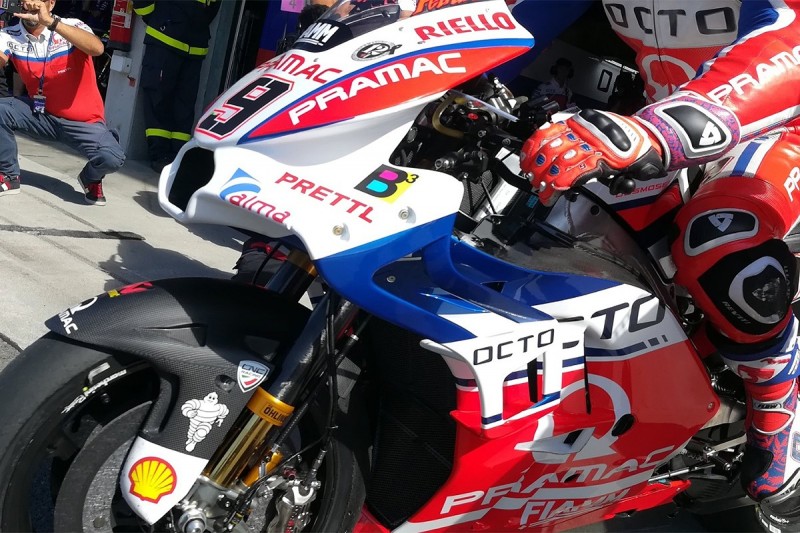 The fairing used by Lorenzo on Friday for five laps is just a part of the complete design submitted for homologation by the Italian firm on Thursday afternoon at Brno, which appeared in public on Danilo Petrucci's Pramac Ducati during FP3.

Lorenzo's initial assessment of the fairing he tried on Friday was positive, the Spaniard saying it improved the Desmosedici's potential, even he needs more confidence from the front end.

Team-mate Andrea Dovizioso said he wasn't sure if he would try the new design during the Brno weekend or during next weekend's Red Bull Ring round.