LCR Honda’s Takaaki Nakagami says he ended Friday’s MotoGP practice for the Japanese Grand Prix with his glove “full” of blood from a gruesome right-hand injury.

Nakagami suffered lacerations to his fourth and fifth fingers on his right hand in his race-ending collision with Marc Marquez in last weekend’s Aragon Grand Prix.

Having had treatment on the Monday before coming to his home round at Motegi to ride, Nakagami was just under four tenths off the best pace in FP1 in 12th.

But, detailing his gruesome injuries, Nakagami admits he isn’t sure if he can complete race distance on Sunday and will have his fitness evaluated again after qualifying.

“The doctor says I lost 20% of the tendon in the fourth finger, and the fifth finger is more than 60%,” he said.

“So, the fifth finger is the most damaged. The good thing is we don’t need the skin graft.

“Ok, [the wound] is fully open, but the doctor could close my skin. It looks really bad, it’s not nice.

“The blood goes out and during the day and after the session it looks pretty bad. So that’s why I need to check again.”

Asked what treatments he has been doing to his hand, Nakagami added: “Today we tried a thin taping because if it’s bigger [like the bandage] I can’t put on the gloves. 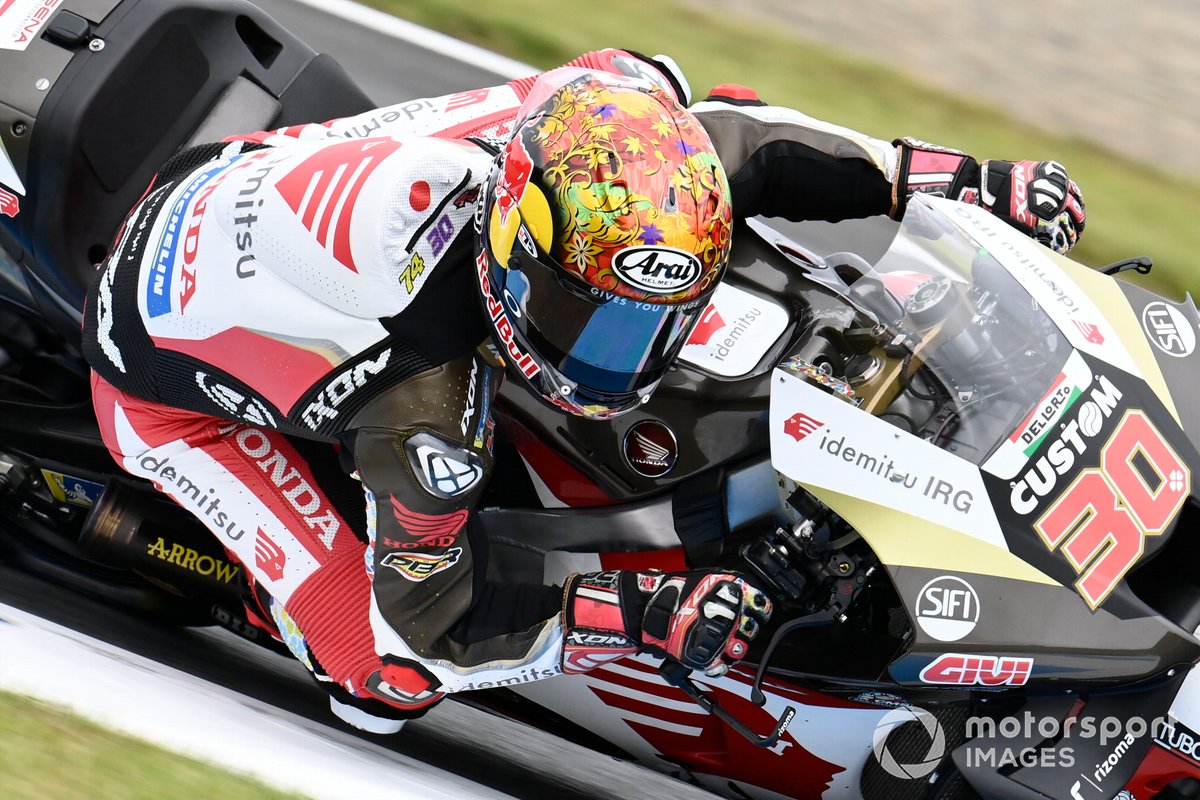 “It’s really difficult because I need to use a lot, but we need to protect.

“It’s very difficult to know which one to take. That’s why after the session I have to protect more to try to not move and try to rest.

“The gloves were modified to be made a bit bigger and stiffer. It was pretty good, so let’s see tomorrow.

“During the session and after the session it [the glove] was full. The blood is easy to come out.

“This [race distance] is the question mark for me.

“Today was one hour and 15 minutes, but it was quite short runs and I think five outings.

“The good thing was we were able to improve, but the question is the long run. For the race distance, for the moment I’m not comfortable.

“It’s important how we can keep the consistency and the power, and this track is really demanding physically. I can’t say anything because at the moment no [I can’t do race distance].”