The benchmark set by LCR Honda rider Cal Crutchlow on Friday, a 1m47.365s, was beaten early on in the 45-minute session by the Aprilia of Aleix Espargaro, who went to the top of the times with a 1m47.173s.

That survived as the best time until the closing minutes, when the order was comprehensively reshuffled by a flurry of fast times set using soft tyres.

Ducati rider Jorge Lorenzo was the first to beat Espargaro with a 1m46.911s with four minutes remaining, vaulting up from 14th place, before Honda man Marquez took over at the top with a 1m46.865s moments later.

But Marquez's time was beaten with just 30 seconds left on the clock by Rossi, who had suffered with arm pain on his way to 11th and 12th in Friday's sessions following his motocross crash last week. 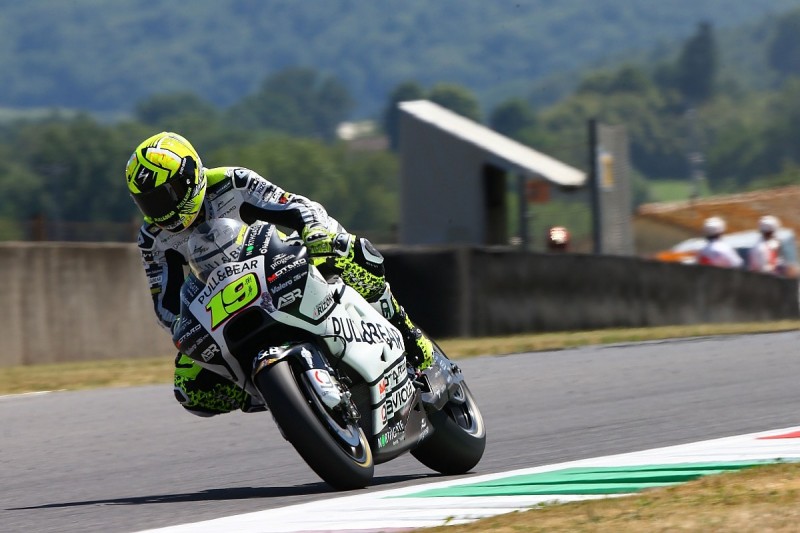 Tito Rabat took full advantage of Marquez's slipstream to end up sixth aboard the Marc VDS Honda, followed by the remaining works Ducatis of Michele Pirro and Andrea Dovizioso and the second works Honda of Dani Pedrosa.

Espargaro's early time was just enough for him to take 10th and the final automatic berth in Q2, shading Johann Zarco on the best of the Tech3 Yamahas by less than a tenth.

Crutchlow, who crashed on his out-lap at the second part of the Biondetti esses, failed to improve on his Friday time and ended up 12th, ahead of the two Pramac Ducatis of Scott Redding and Danilo Petrucci, the Italian crashing twice.

Andrea Iannone was the best of the Suzukis in 17th, one place ahead of lead KTM rider Pol Espargaro.