Crutchlow believes Ducati's wealth of experience at the circuit - where it tested last month - combined with the Desmosedici's strong acceleration and top speed make Dovizioso a clear favourite to win.

Asked who he felt would be his strongest rivals in Sunday's race, the Briton said: "I would say Dovi, at the moment it's his to lose.

"They have the most amount of testing around here. [Test rider and wildcard Michele] Pirro has a good pace. But, yeah, it's Dovi's to lose at the minute.

"They have so much testing and data around here.

"They have from probably halfway down the straight - the pitboards - about four tenths of a second [advantage] to the braking of the first corner.

"And we know because we have studied. They have a big advantage.

"But you can't ever count out Marc [Marquez], Maverick [Vinales], Vale [Rossi], Dani [Pedrosa] has a great pace as well." 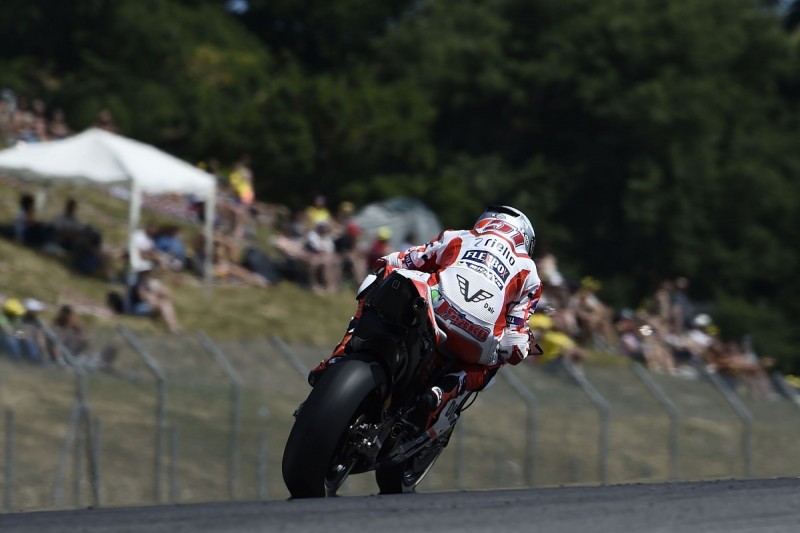 That included Pirro (pictured above) in fourth and factory team-mate Jorge Lorenzo in 10th with his morning time, Lorenzo lamenting a lack of new-tyre gain in the afternoon.

In the morning session, Dovizioso was one of four Ducatis in the top seven, but he urged caution on his chances.

"I don't look at the weekend in this way," Dovizioso said, when asked if he felt Mugello was an opportunity to take his second Ducati win.

"We are in a good situation now, but we have to speak about that tomorrow.

"Friday is too early, and I know how the strong the competitors are.

"We have to try to reduce the gap we have in the middle of the corner, because it's the only point where I lose in this track.

"I'm really strong in acceleration, braking and the straights, but still in the middle of the corner we lose too much.

"I think that will be the key for the race, because in hot conditions with a full tank, everything is harder and that will make a difference."