The Briton began his world-championship career in 2008 aged just 15 when he joined Aprilia in the 125cc class, becoming the youngest grand prix winner on home soil at Donington Park that year, pictured below.

After one more 125cc campaign he moved up to Moto2 when it replaced the 250cc class in 2010, finishing runner-up to Pol Espargaro in his fourth and last season with Marc VDS.

Redding has always been among the tallest riders, listed at 6ft1in in 2016, eight inches taller than MotoGP's shortest, Dani Pedrosa.

That, and the accompanying weight disadvantage, was a hindrance in lower-power classes including when Moto2 introduced a combined minimum weight of 215kg in 2013, and meant Redding moved through more quickly than he now would have liked.

"I always said I've been forced to where I am now," the Pramac Ducati rider said. 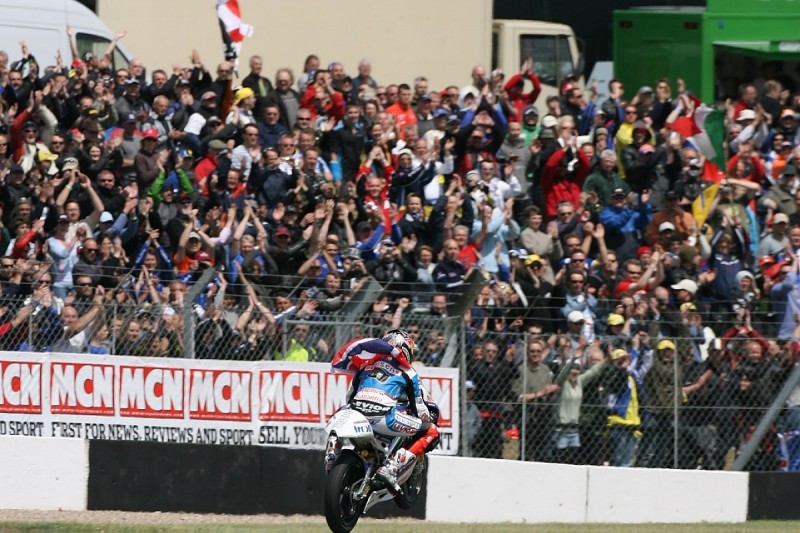 Redding spent six years in the junior world championship classes before his move up to MotoGP aged 21 in 2014, having taken four wins, 15 podiums and three pole positions along the way.

This year's crop of four MotoGP rookies is headlined by dual Moto2 champion Johann Zarco, who at 26 spent eight seasons in 125cc and Moto2, netting 16 wins, 41 podiums and 19 poles.

"You see all them guys have good pretty good bikes for the first year, I got a pile of shit that couldn't even finish top 15," Redding said of his Open-class Honda run by Gresini in 2014.

"Then I got a so-called factory bike [with Marc VDS Honda in 2015] which was fucking worse than the bike I had before.

"I spent two years pissing in the wind trying to make something out of nothing.

"The year before [stepping up to MotoGP] I fought for the title in Moto2, I've shown glimpses, had a couple of podiums.

"With the bike a step better [in 2017], I believe we can make that step forward instead of backwards."

Redding will move from a 2015 Ducati to a 16-specification bike this year, with Andrea Dovizioso's former crew chief Christian Pupulin stepping in to be his right-hand man.

That follows the move of Redding's 2016 crew chief Giacomo Guidotti to Honda to work with Pedrosa.