Having been second fastest on Wednesday, Rossi struggled for pace from lunchtime onwards on Thursday.

He dropped down to eighth by the end of the day and was 0.8 seconds away from Vinales.

While Rossi was just a tenth quicker than his day one pace, Vinales found more than a second.

"It was a difficult day for us, especially in the afternoon," said Rossi.

"This morning wasn't so bad, we tried some different tyres but especially we worked on pace and it was quite good.

"This afternoon, we had some important tests to try on a long run and tried to modify something in the bike, but unfortunately it didn't work very well. I wasn't fast enough.

"It looks like we followed the wrong direction. After this interview I will go back to the box and try and understand for tomorrow. We hope that we can improve." 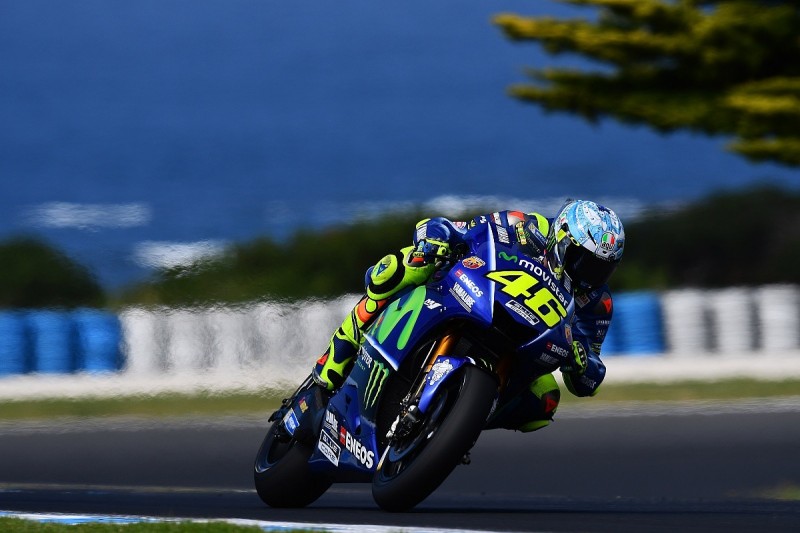 Pacesetter Vinales was happier on Thursday having admitted to concern over his Wednesday pace.

"Yesterday I went to sleep really bad, because I didn't put the [new] tyre [on] and I didn't understand where I was," he said.

"This morning when I pushed and I saw 1m28s, I said 'OK, maybe yesterday was not a good day'.

"We need to continue like this. We have to improve, the rear grip especially from lap 10 or 15 to the end of the race, we have to work a little more.

"All the work we've done these days was to improve that. I can be quite happy. With 27 laps on the tyre I was doing 1m30.0s, so for that I'm quite happy."