Vinales, arriving from Suzuki to replace Jorge Lorenzo, was fastest on Tuesday on debut and led Marc Marquez on Wednesday's times, while Lorenzo was eighth for Ducati.

His Tuesday benchmark of 1m30.930s was beaten inside the first hour on Wednesday by 2016 world champion Marquez, who recorded a 1m30.629s on his fifth lap.

The session was then red-flagged for an hour from 11am, after Suzuki riders Alex Rins and Andrea Iannone crashed at Turn 12 within 15 minutes of each other.

Safety conditions were assessed during that time, and additional barriers were installed straight on from the corner, before the session resumed, with 30 minutes of lost running time re-added to the end of the day.

Marquez's lap stood at the top until just after 2pm when he improved to a 1m30.558s, which was beaten shortly afterwards by Andrea Dovizioso on the 2017 Ducati.

Vinales made his move with about two hours of the day remaining.

The Spaniard recorded a time of 1m29.975s and finished the day 0.196s faster than Marquez, who improved approaching 4pm.

Marquez's day did, though, include a strange crash early in the afternoon, a low-speed highside from his Honda while riding through a gravel trap after overshooting Turn 2.

Dovizioso finished the day in third place, ahead of his former team-mate Iannone, who improved after rejoining the session. 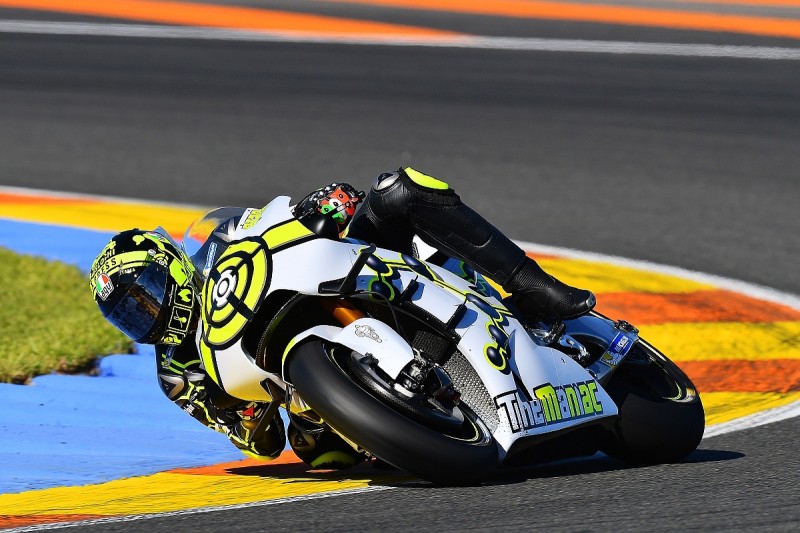 Rossi appeared for the first time three hours into the day, and his programme included running Yamaha's 2017 engine in its '16 bike.

Having spent the bulk of his Tuesday on the 2016 Ducati, Lorenzo was the first rider out and upped the work on the machine he'll ride next year.

Lorenzo was as high as third in the order on two occasions, and finished eighth, 0.769s slower than Vinales.

The three-time world champion will not ride for Ducati again until the first pre-season test at Sepang starting on January 30.

Aleix Espargaro was ninth for Aprilia, while Jonas Folger completed the top 10, beating team-mate Johann Zarco by 0.063s to be the top rookie. 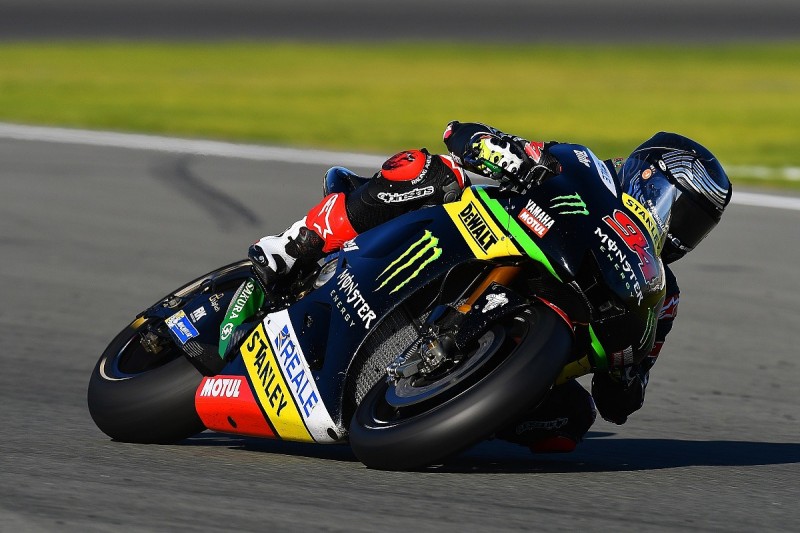 The best of the KTMs was Pol Espargaro in 19th, 1.878s off the pace, but eight tenths faster than he went on Tuesday.

Team-mate Bradley Smith was right behind in 20th, his day including a fall at Turn 14 late in the afternoon.

Aprilia rookie Sam Lowes sat out the day's running, after a crash at Turn 12 on Tuesday afternoon.

The Moto2 race winner was cleared of serious injury after checks on his neck, but elected not to ride on Wednesday, in order to ensure he is fit for next week's three-day test at Jerez.