Smith joined KTM on a two-year deal ahead of the marque's debut in the premier class in 2017, but has not managed to secure an extension and will be replaced by rising Tech3 Yamaha star Johann Zarco at the conclusion of the 2018 campaign.

Speaking at Jerez following the confirmation that KTM would field Zarco and Smith's current team-mate Pol Espargaro going forward, the Briton conceded the Austrian marque's decision was not unexpected.

"I'm alright. I mean, let's not beat around the bush, the simple thing is that [they said] 'you're not out of a job, but you're out of the team', which initially is always hard to swallow," he said.

Smith went on to state that he and Espargaro had been aware KTM was seeking a top MotoGP rider for 2018, and that they would have to battle it out for the other ride.

He also admitted that Espargaro had decisively won that battle in 2017, finishing 17th on 55 points to Smith's 21st place on 29 points.

"KTM was always quite open and honest that they were going after a top rider," Smith said.

"And that meant that the battle was between me and Pol for ride number two in the factory squad.

"He outperformed me on a strong basis last year.

"This year, in the opening three races, for whatever reason, things just didn't go quite as well as during the race weekends, so race-wise the results weren't that great. 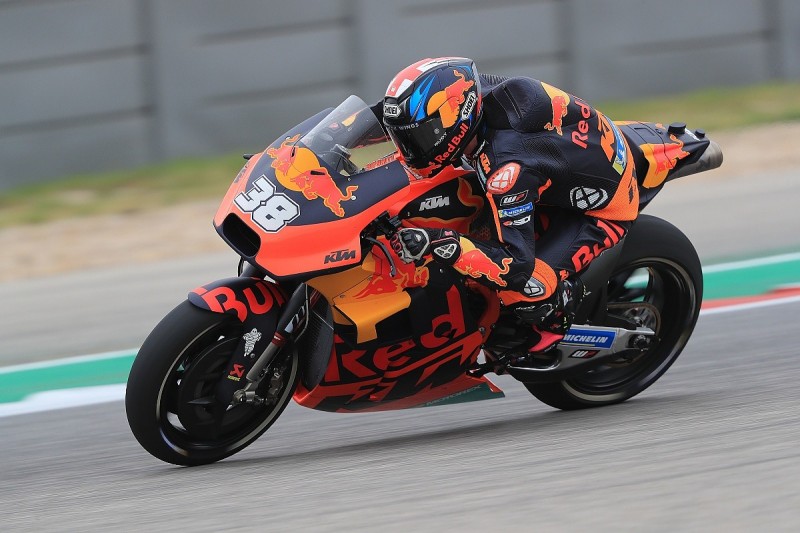 Smith is yet to score a top 15 on race finish this year, with the eight points KTM has scored so far all courtesy of Espargaro's efforts.

But Smith is convinced he will be able to showcase improved form on his RC16 going forward.

"I seemed to have figured it out the last few weekends," he said.

"Everything seems to be going pretty good. [I] just need to make the right tyre choice a few times and then we'll be alright."

Smith and Espargaro have been MotoGP teammates since 2014, with both moving to KTM from Tech3, and the former says the decision changed nothing in the way they will now compete.

"Why should it?" he asked. "We're racing, we do what we need to do, [and] we've known each other five years.

"It's been a hard on-track battle between us for the last five years. "I wouldn't give an inch if he didn't. It's no different now than it's ever been."