Pramac Ducati’s Jorge Martin admits he’s “living a dream” at the Austrian Grand Prix after the MotoGP rookie claimed his second-successive pole a week after taking his maiden race win.

Martin stormed to pole for last weekend’s Styrian GP with a Red Bull Ring lap record before going on to take his first win in MotoGP.

Despite having to go through the first part of qualifying on Saturday for the Austrian GP at Red Bull Ring, Martin once again smashed the circuit lap record to take the third pole of his rookie season.

Having crashed in FP3 and then again in FP4, Martin admits he was “quite nervous” about making it out of Q1 and credits a tow from Pramac team-mate Johann Zarco in Q2 for helping him to the 1m22.643s which put him on pole.

“Yeah, unfortunately today was a really difficult day for me because as soon as I started the day, I was feeling really bad with the bike with the same setting as last week,” Martin said.

“I don’t know why, but I couldn’t brake, the bike was shaking, in acceleration I felt no grip.

“So, I tried a bit too much in FP3 and then I had this crash in the last corner.

“Then I was missing a bit of confidence for FP4, but we did some changes to the bike in the front and also the rear.

“And I was feeling confident with used tyres, my pace all the day was strong.

“I can see for sure other riders that are quite competitive for tomorrow, but we worked well, the team did an amazing job to repair the bikes after two crashes.

“And for qualifying, in Q1 I was a bit nervous because you always take this risk to not go through to Q2. 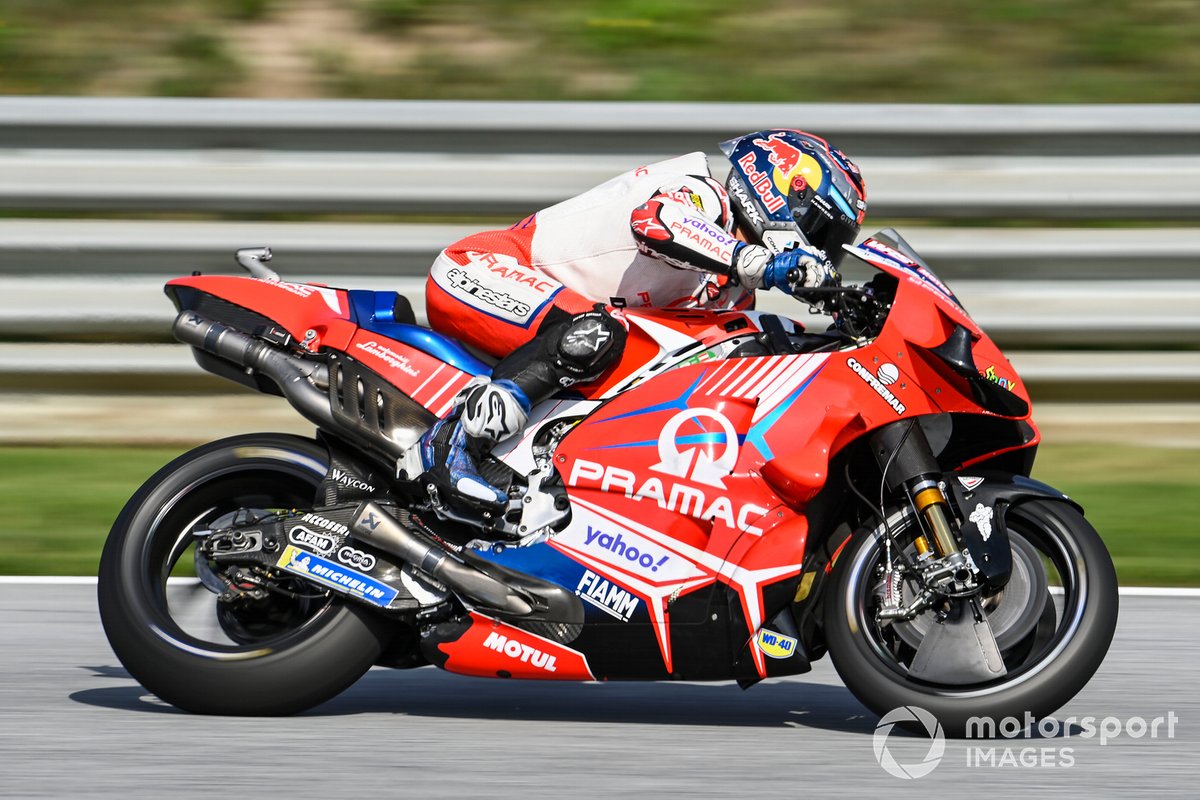 “But I did an amazing job, the conditions were really different to the morning but I was really comfortable.

“And in Q2, thanks to my team-mate, I got this tow to improve and I could beat the lap record.

“It’s amazing, I’m living a dream and I hope tomorrow I can fight for the podium.”

Despite showing strong race pace in FP4, Martin says a repeat of his Styria victory is not on his mind but admits there is “some pressure” on him now after last week.

“I’m not thinking about winning, I feel maybe some pressure because everybody is talking about it,” he added.

“These guys have a lot of experience, and they understand better than me how to manage the race.

“But yeah, for sure today I did not believe that I was going to make the pole.

“I don’t want to be too optimistic for tomorrow but I’m one of the strongest for tomorrow.

“I think there are four or five guys who can fight for the win tomorrow, so we will enjoy a good battle.”