Joan Mir’s manager Paco Sanchez says MotoGP riders “merit” having a minimum base salary implemented into any contracts “because they play with their lives”.

On Friday at the French Grand Prix, MotoGP riders expressed concerns to Dorna Sports’ CEO Carmelo Ezpeleta during the safety commission about the precarious nature of contracts nowadays.

This was in response to Speed Up ousting Romano Fenati from his Moto2 contract just six races into the 2022 season.

Due to the economic effects of the COVID-19 pandemic and now the war in Ukraine, MotoGP factories and independent teams have been trying to reign in big money contracts for riders.

Sanchez – who is trying to negotiate a 2023 deal for Mir following Suzuki’s shock decision to quit MotoGP at the end of 2022 – says riders deserve to sign contracts that have a minimum salary written into them because “they are the stars of this world”.

“This is a big business,” Sanchez began.

“And MotoGP riders are the stars of this world. So, I think they merit… I don’t know if Dorna, the manufacturers, somebody needs to pay a minimum base salary.

“I don’t say pay them the salary of Marc Marquez, but a minimum base salary because they play with their lives.

“We forget sometimes, but they are playing with their lives. Some young riders, if you offer them 100,000 euros they sign, or zero and they sign.”

As well as discussing introducing a minimum base salary to contracts, riders also raised concerns about the lack of protection they currently have – highlighting the Fenati situation. 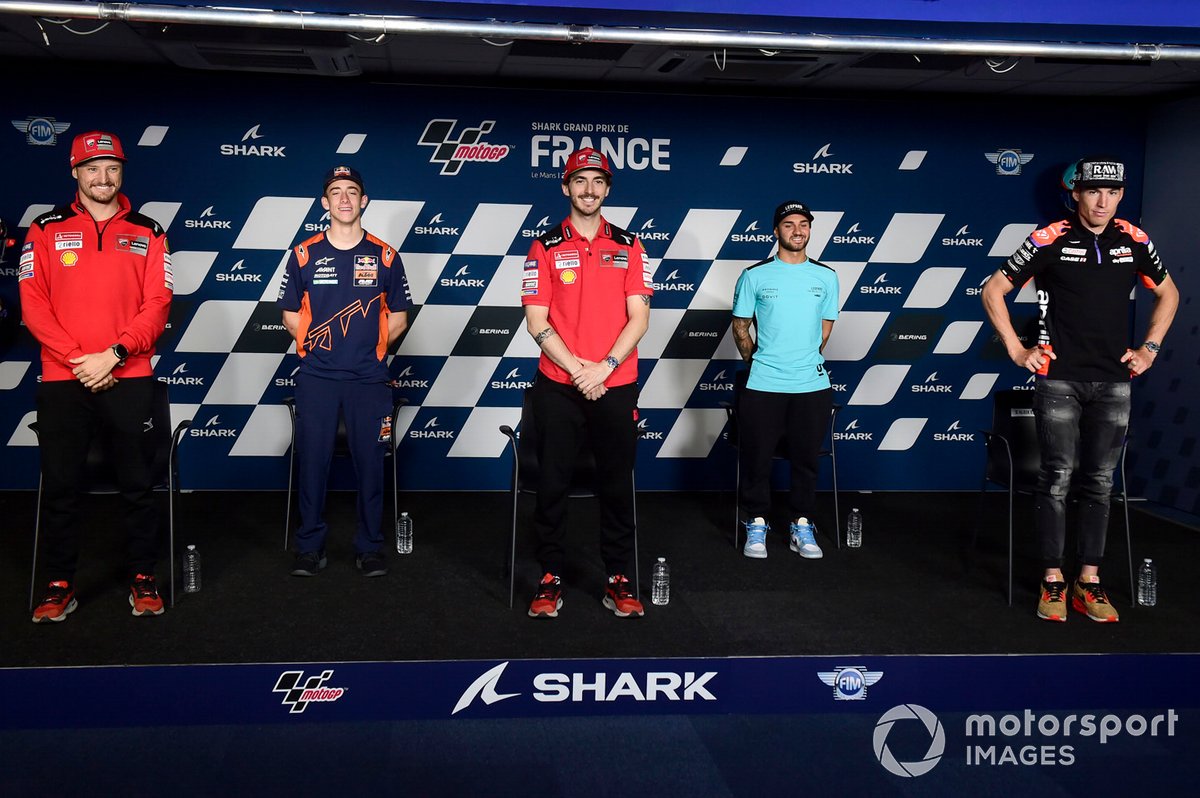 There is currently no riders association in MotoGP like there is in Formula 1 for the drivers, nor is there any kind of contract committee.

“We just talked about having a minimum salary, because especially the factories it won’t affect,” Aleix Espargaro said when asked after qualifying third at Le Mans what was talked about in the safety commission.

“So, you have to have respect. And everybody was quite angry in safety commission with what happened in Moto2 with one rider getting fired. Looks like we’re not protected.

“If you finish the contract with your current team you cannot go into another one if you are under contract.

“But the teams can do whatever they want. It’s not fair. It’s fair the teams have an association that protects them, but we feel unprotected. So, it’s not fair.”