The final hour of pre-season testing was set aside for wet running, with the Losail circuit being artificially soaked so riders could assess whether a wet race after dark would be safe.

It follows last year's rain-affected Qatar Grand Prix weekend, in which qualifying was called off altogether due to rain and the race delayed and shortened.

Yamaha's Valentino Rossi said he did not follow any other riders during the half-hour test, but felt both visibility and grip were good enough to be able to race.

"I was alone so I don't know with the group but my feeling is that also during the night you can ride without big problems.

"Also it looks like the grip of the track is quite normal with water, so I think that we can do it."

Reigning champion Marc Marquez echoed Rossi's sentiments, saying: "For me the visibility is not like a normal track, it's a little bit special and you need to understand that.

"[It's] more difficult to see, especially the kerbs, but for safety I feel OK.

"I only did one lap, already I felt the track slippery, but if it rains on race day, it's possible to run." 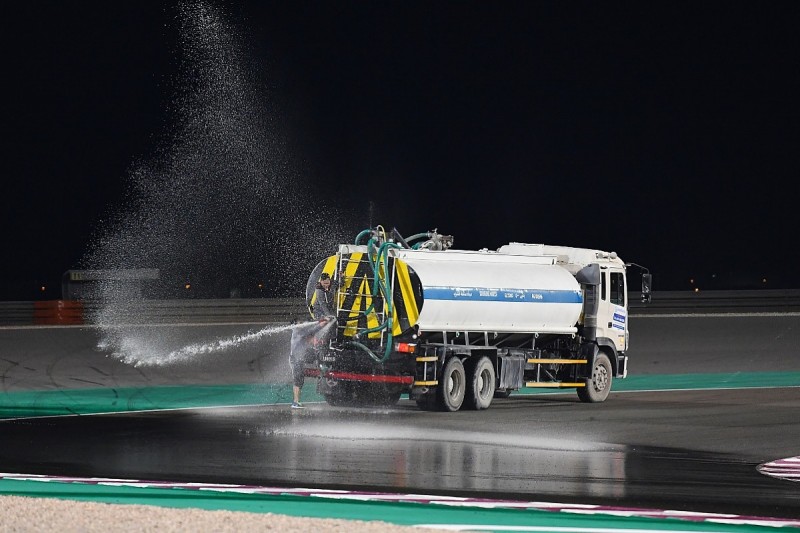 Johann Zarco, who was quickest of all on the final test day, said the relatively high temperatures in Qatar meant any rain would quickly evaporate, eliminating any concerns about grip levels.

"About the rain, I think all the paddock now is ready to race," said the Tech3 Yamaha rider, who led at the Losail track last year on his MotoGP debut before crashing out.

"The problem, the question mark was the vision, how we could see with the light on the wet. But this thing is going quite well, and is not giving us problems.

"Then about the grip, even if it's raining there with the warm temperature, the warm track, we will never have a full wet track. I think it's going to get dry quickly."