Melandri announcement he had made the decision, which will bring down the curtain on a career that also yielded a 250cc title and 22 World Superbike victories, in a press conference in Milan on Tuesday.

The 36-year-old has endured a difficult WSBK season with the GRT Yamaha squad, which he joined this year after he was replaced at Ducati by Alvaro Bautista.

He lies ninth in the standings with five rounds remaining, having finished third in the opening race of the year at Phillip Island - a result he matched twice at Jerez - but managed to score only eight points across the three races at Donington Park last weekend.

"The decision to retire was a very difficult one for me to make," said Melandri.

"I'd been thinking about it for some time and, before the Imola race [in May], I finally decided to call it a day at the end of the 2019 season.

"I'm still competitive and I think it's better to stop at this point, while I still enjoy racing, rather than waiting until the enjoyment and the results are more difficult to achieve.

"Since making the decision I feel like a huge weight has been lifted from my shoulders and now that everyone knows this is my final year, I'm even more motivated to push for good results in the final few races."

Melandri last raced in MotoGP in 2015 with Aprilia, but parted ways with the firm after eight races and did not race again until joining Ducati in WSBK in 2017. 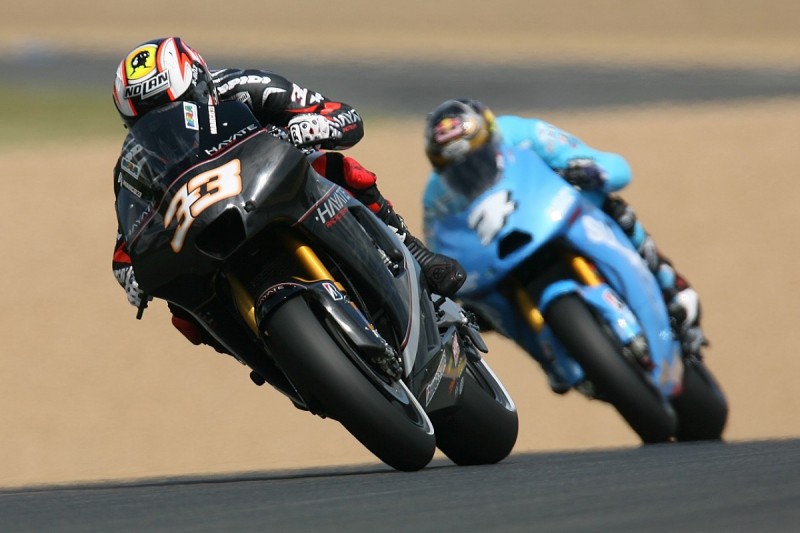 He finished runner-up to Valentino Rossi in 2005 for the Gresini Honda squad that he raced with for three years, and also raced for Ducati and the Hayate (now Forward Racing) outfit that succeeded the works Kawasaki operation for 2009.

Melandri also placed second in the WSBK standings with Yamaha in 2011, which followed the end of his first stint in MotoGP.

Marco Melandri admits he was reluctant to return to MotoGP