Dovizioso lapped the Losail circuit, widely recognised as a happy hunting ground for Ducati, in 1m54.818s, coming up just 0.008 seconds short of the benchmark time from last year's pre-season test.

That was set by Jorge Lorenzo on his Yamaha, and it was the Spaniard - now a Ducati rider - who Dovizioso deposed with a little over two hours left on the clock.

The Ducati one-two was not to last as Yamaha's Maverick Vinales, who topped testing at Sepang and Phillip Island, moved up to second place, ending the session 0.361s adrift of Dovizioso.

With an hour to go, Lorenzo was then demoted to fifth by LCR Honda's Cal Crutchlow and Karel Abraham on Aspar's GP15 Ducati. 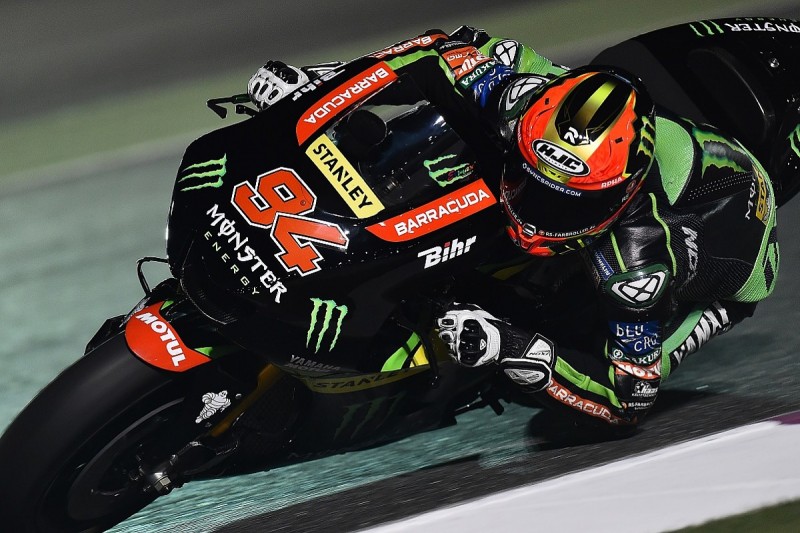 Reigning champion Marc Marquez was only 12th, 1.081s off the pace, his day punctuated by two crashes.

The Spaniard first fell midway through the session shortly after heading out with Honda's new fairing and then crashed at Turn 2 in the final hour.

Moto2 graduates Alex Rins (Suzuki) and Sam Lowes (Aprilia) also fell at that spot in quick succession, as did Pol Espargaro (KTM), for whom it was the second crash of the day.

Rins and Lowes' more experienced team-mates Andrea Iannone and Aleix Espargaro had earlier falls of their own, Iannone finishing the session in 10th place as the last rider within a second of Dovizioso.

Pol Espargaro was the best of the KTMs in 19th place, with test rider Mika Kallio starting his week of running with the 22nd-fastest time and Bradley Smith rounding out the order, 3.936s off Dovizioso's pace.