The Tech3 Yamaha rider beat Jorge Lorenzo's lap record from 2008 at the end of a thrilling shootout at the Losail circuit, beating Marc Marquez to secure his third MotoGP pole by two tenths of a second.

Despite his qualifying speed, Zarco said he did not think he would be able to covert his starting position into a maiden MotoGP win, unless he makes a step forward in race trim during warm-up on Sunday.

"I was happy to have some reference on the lap before, but then I say I have to try it, and I was surprised at the finish line to see the lap time," he said of his qualifying effort. "Just fantastic. Good to be on pole position.

"It doesn't mean anything for the race, just a good start [position] and a good opportunity.

"At the moment I think I don't have the pace for the victory, but why not tomorrow find it [in warm-up] and go for it?

"On Friday I was like the old Zarco, the one when he starts to slide, gets nervous and screams.

"But then in FP3 we just did a few things on the bike to give me the feeling from the [pre-season Qatar] test, and from that I could work on myself and just repeat the lap time from yesterday with the big wind.

"This gave me confidence. Just the crash in FP4 has been the weak point of the weekend, but it's an important [session] because it's the one for the race." 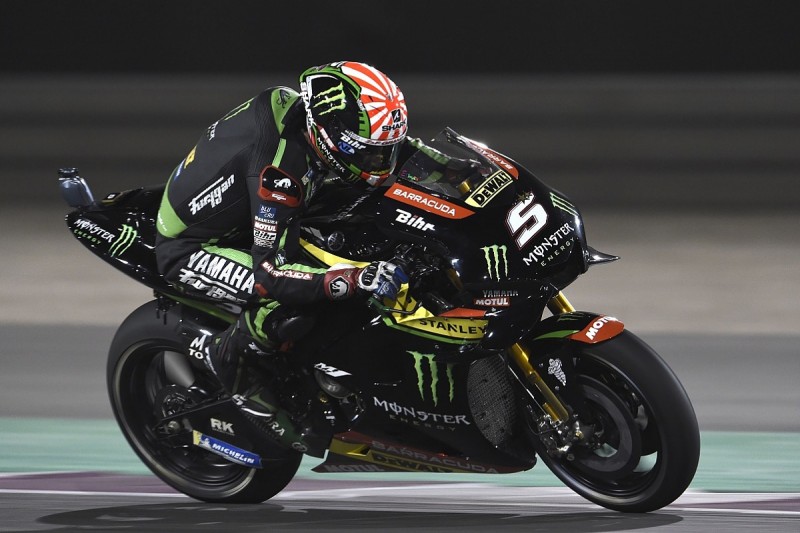 Zarco used a medium front and soft rear tyre for his best lap, and said his choice of front compound - Rossi and Vinales both used softs - was crucial to his performance.

"Compared with the other two Yamahas, maybe it was the key to be faster," he said.

"But on Friday it was my feeling to be faster with the medium [front], and also since the test.

"That's why I didn't want to slow down too much. I felt good and I knew that if I kept pushing at least for a few laps, it was going to work well."